Yoyogi park is a park that is commonly written up in books on visiting Tokyo. Filled with eclectic people, right beside one of the most famous shrines in Tokyo, it is worth a visit.

What is now Yoyogi Park was the site of the first successful powered aircraft flight in Japan, on December 19, 1910, by Captain Yoshitoshi Tokugawa,[1] after which it became an army parade ground. During the post World War II Allied occupation of Japan, it was the site of the Washington Heights residence for U.S. officers.[2]

It was later the site for the main Olympic athletes village of the 1964 Summer Olympics[3] and the swimming, diving, and basketball venues. The distinctive Yoyogi National Gymnasium which hosted swimming, diving, and basketball was designed by Kenzo Tange for the Olympics,[4] and is still in use, but most of the area north of the gymnasium complex and south of Meiji Shrine was turned into a city park in 1967.[5]

Today, the park is a popular hangout, especially on Sundays, when it is used as a gathering place for rock music fans.[5] The park has a bike path, a public basketball court,[6] and bicycle rentals are available.

A few weekends ago we dropped over for Earth Day, which is a farmers market. We did not think that the bands would be there, they were. They were REALLY enjoying themselves. 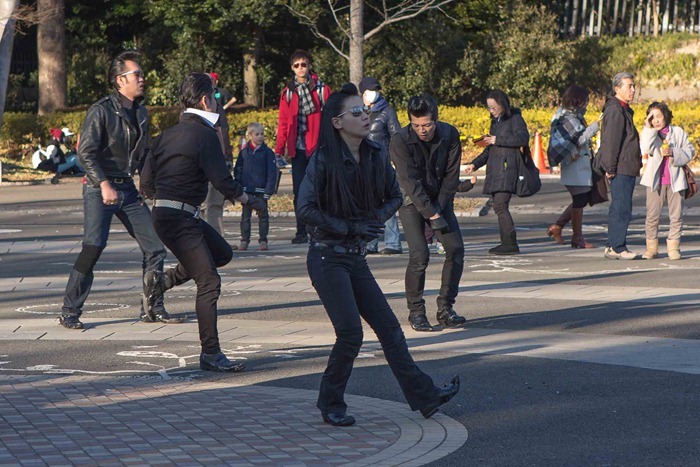 It was a beautiful sunny day, and people were out in droves enjoying themselves. These lads were having fun with sticks. 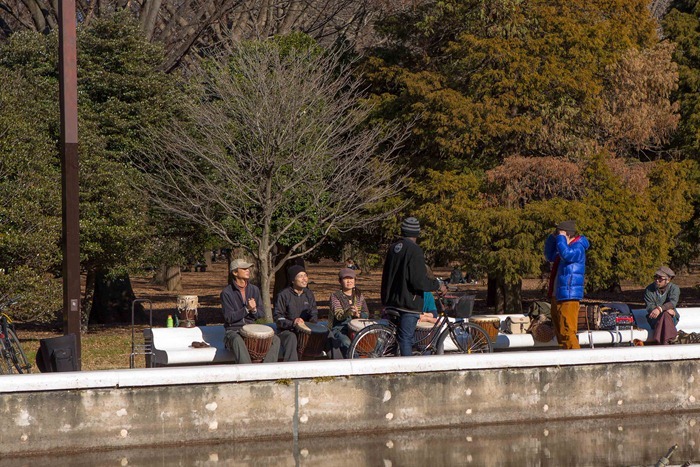 Not really sure what these women were up to? 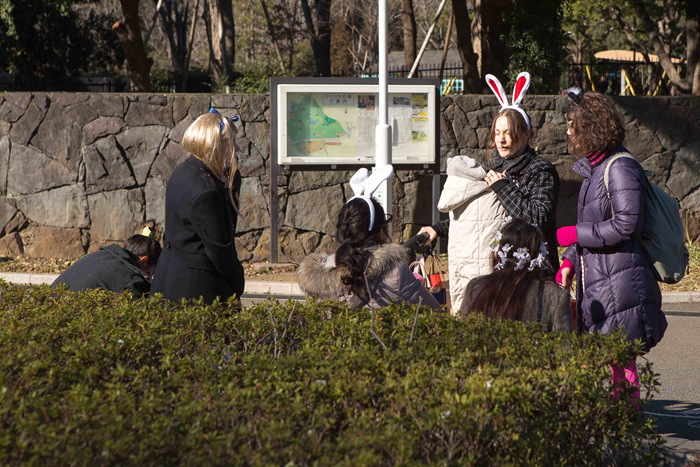 This man was entertaining people with his bubbles. 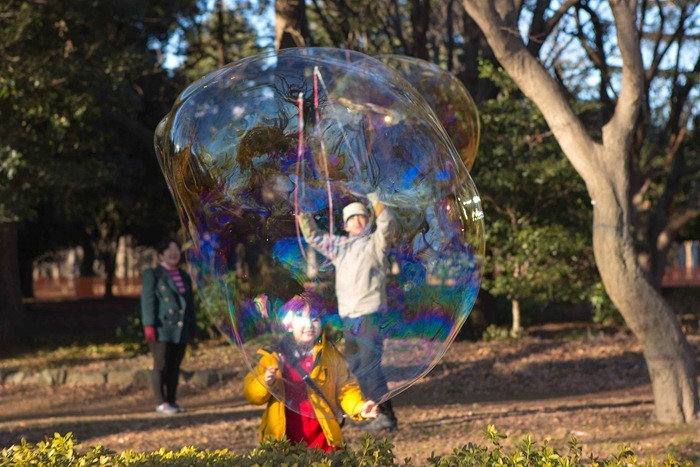 It is still the winter (ish). So no roses. 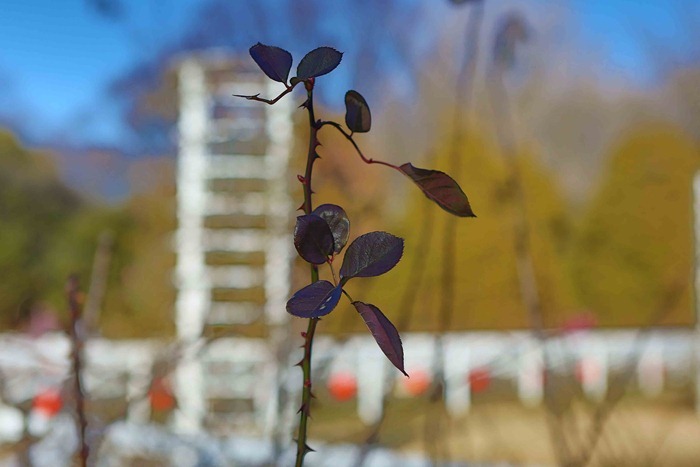 Some brilliantly colored graffiti under the bridge.

Cool place. Can’t wait to go for a wander in the spring.