It occurred to me recently that I have never brought my camera along for the commute. The other week I did.    Config: Canon 5D Mark III, Canon 50mm f/1.2.

The subways have some old fashion elements – like white gloved conductors who hop on and off to guide the crowds. 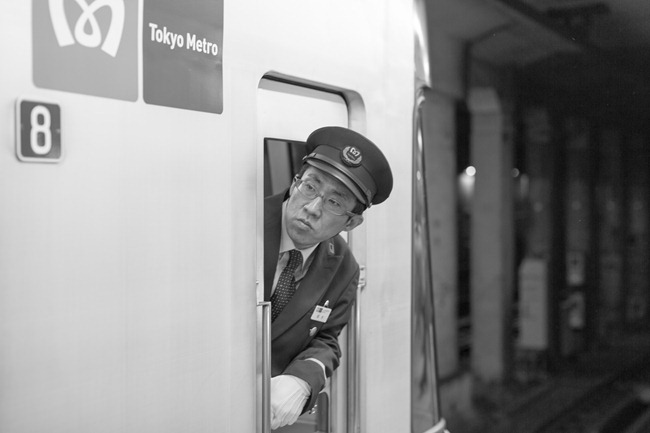 My commute to work is a short one. It starts at Hiroo station – stop number 3. I change trains at stop number 8. 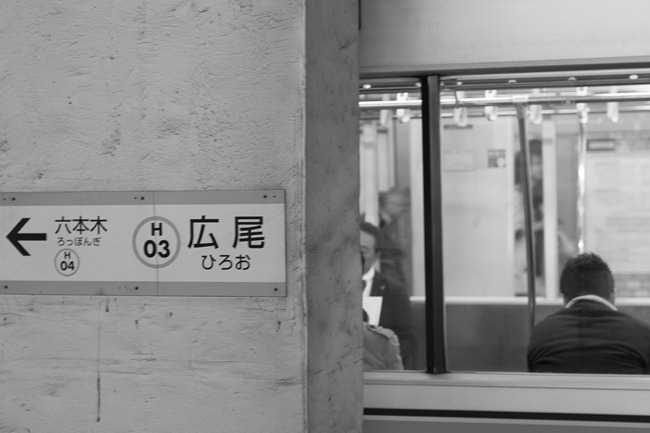 I seem to go against the flow of the commuters. This station fills up with people getting off the train, not on to it. Very clean. 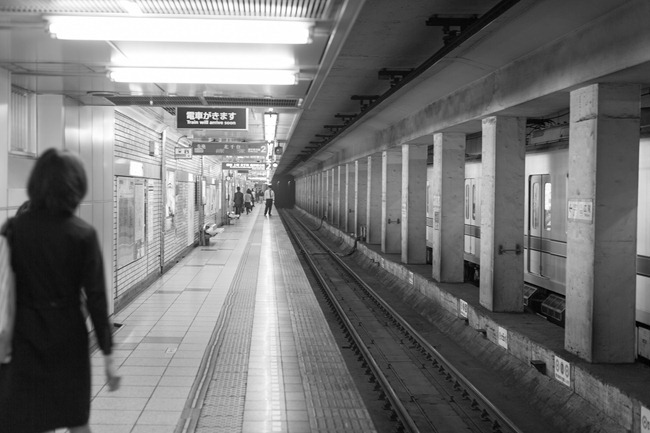 Note the face masks. I found that very odd when I first moved to Tokyo – people on the train, in the street and in the office wearing facemasks.

As an insight into the Japan culture, often people wear masks not to avoid getting sick – but to stop themselves from getting others sick. Very polite. I have even started wearing a mask when ill (garnering a few looks) and on airplanes; it is fantastic for your throat as the air is dryer than a dessert on a plane and the worst place to catch a cold. I travelled a significant amount in 2013 (often 10 hour flights) and seemed to be catching a cold every other flight – the mask helped.

Another common reason for wearing a mask is allergies (blogged about previously). 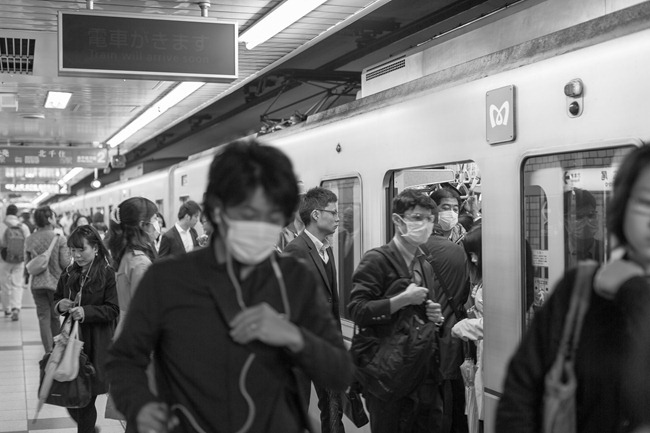 The train flying by. 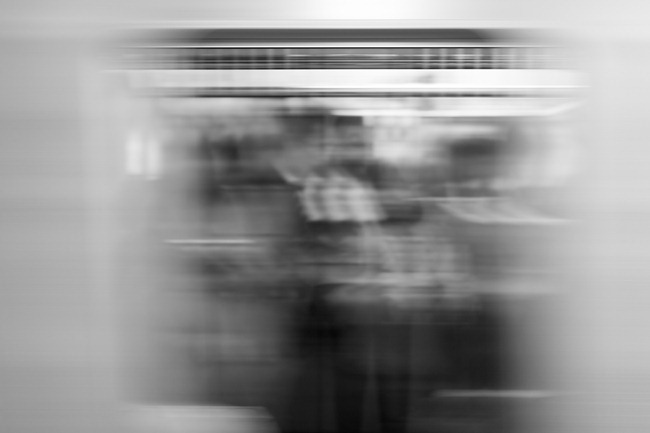 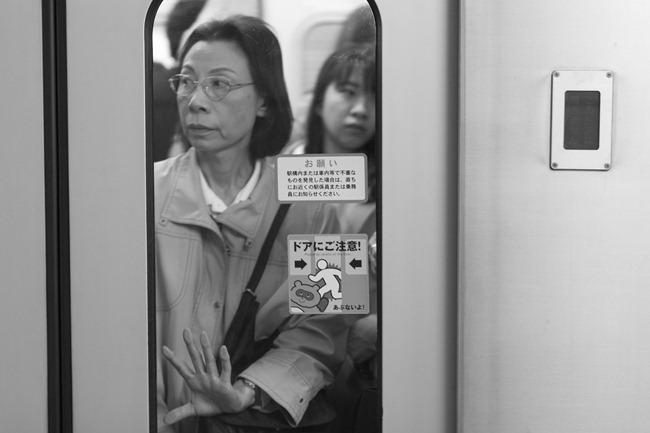 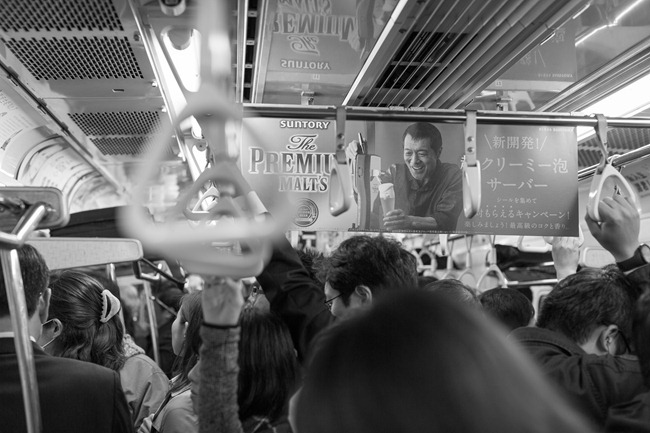 I think this is my favorite shot of the morning. 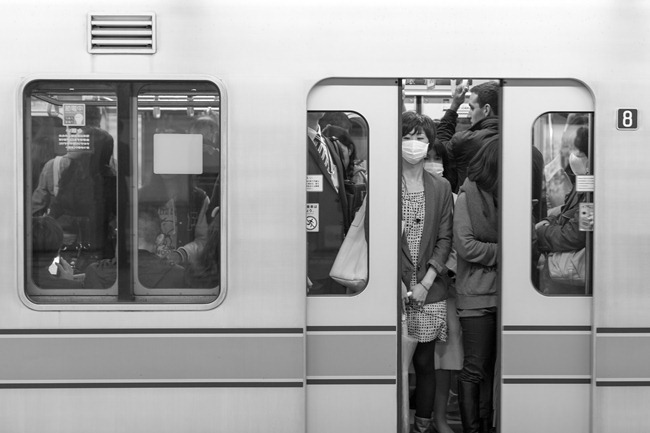