In the Forbidden City the most interesting thing to me was the roofs. I can only imagine how much was lost during the different cultural purges of the last century.

Right below the roof at the front of this shot is where a Starbucks use to be. It was removed prior to the Olympics as it was not good for their image. I would hate to have seen the lineup.

A few more roof shots from around the city. Grass can grow in the toughest of places. 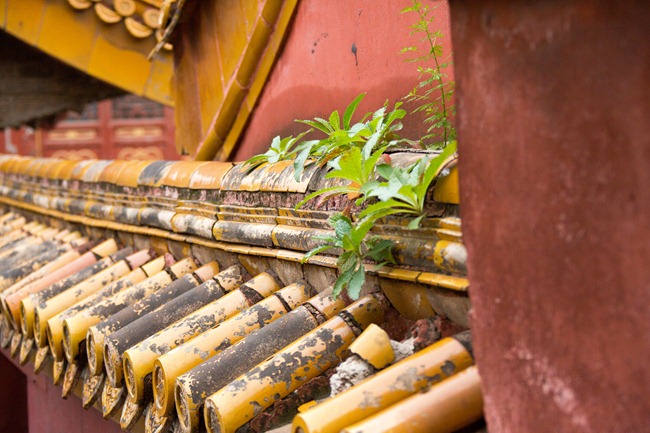 Deer are a popular ornament for under the roofs. Blue deer.