You cannot go through Kitchen Town without enjoying the plastic food. A very robust industry exists as many, many Japanese restaurants display plastic food in their windows. I am not sure that it is an effective sales strategy, as it doesn’t look very appetizing to me.

I am not sure what this is supposed to be, but it would not bring me into the restaurant. 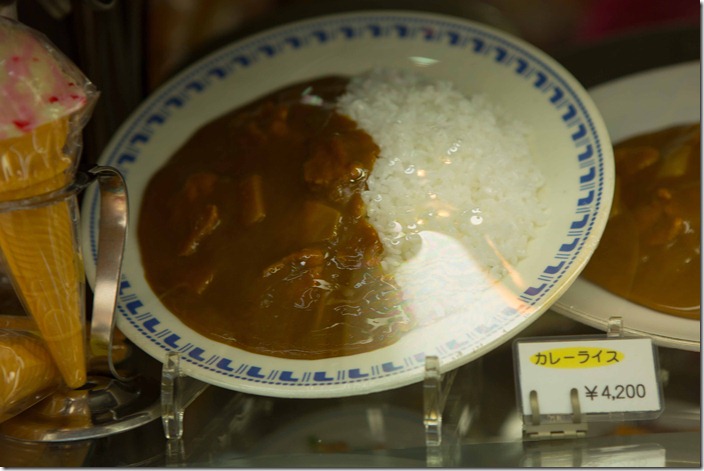 Everyone likes pizza. Even extra cheesy pizza. In fact, so much cheese that the slice is suspended in mid-air. 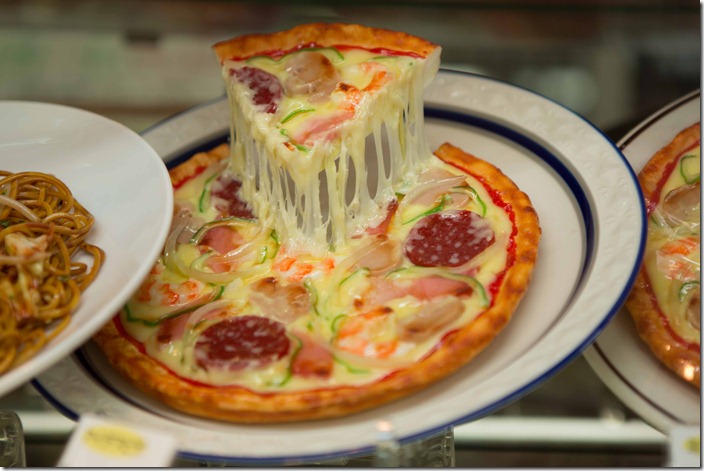 Of course, beer. And if you look at the below, this is how beer is poured in Japan – with a huge head. 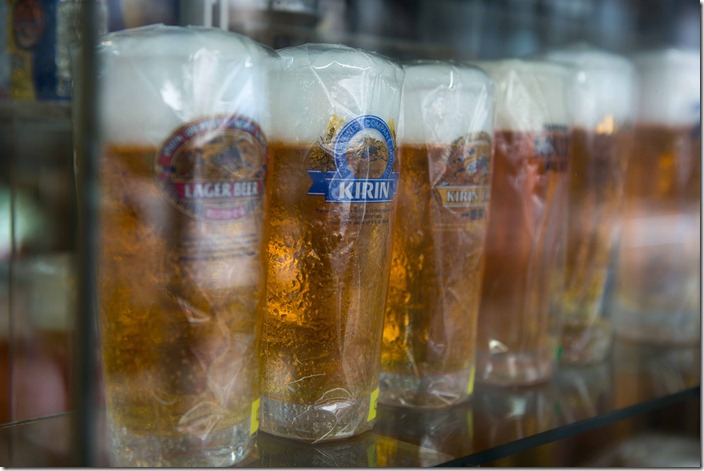 There are also little statues of Japanese raccoon-dogs all over the town. I saw these in a little antique shop. 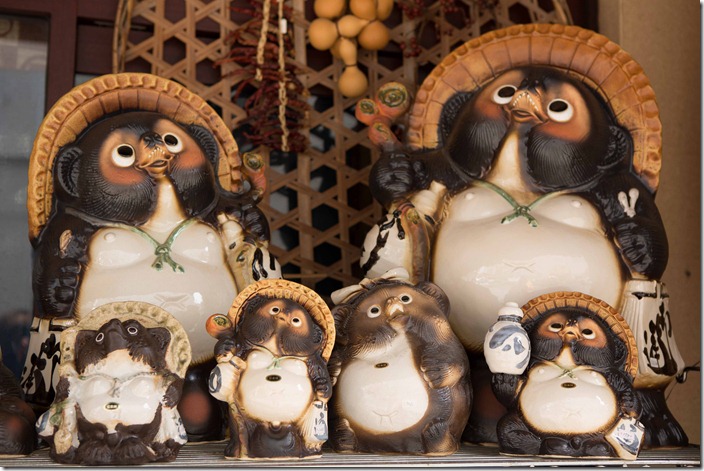 A fun side trip. Set aside a couple hours to just look around.

In August we went on a very bad Skybus tour and one of the few English sentences we did understand was around Kitchen Town, a street in Tokyo:

Kappabashi-dori, also known just as Kappabashi (Japanese: 合羽橋) or Kitchen Town, is a street in Tokyo between Ueno and Asakusa which is almost entirely populated with shops supplying the restaurant trade. These shops sell everything from knives and other kitchen utensils, mass-produced crockery, restaurant furniture, ovens and decorations, through to esoteric items such as the plastic display food (sampuru, derived from English sample) found outside Japanese restaurants.

The street’s name is believed to come from either the kappa (raincoats) of nearby residents which were hung out to dry on the bridge, or from a merchant named Kihachi Kappaya who funded the project to build Shinhorikawa River for water management. However, due to the homophone with the popular mythical creature, Kappa, the shops along the street have officially adopted the kappa as their mascot. Images of kappa appear frequently in the area, from merchandise to displays, even web sites about the district.[1]

We decided to head there for a morning and see the sights. It is a bit hard to find (I was still getting familiar with using Google maps while walking) with one very prominent marker identifying the entrance to the street, but you have to look up. I took the photo and was left wondering – why is it an Italian looking chef instead of a Japanese head? 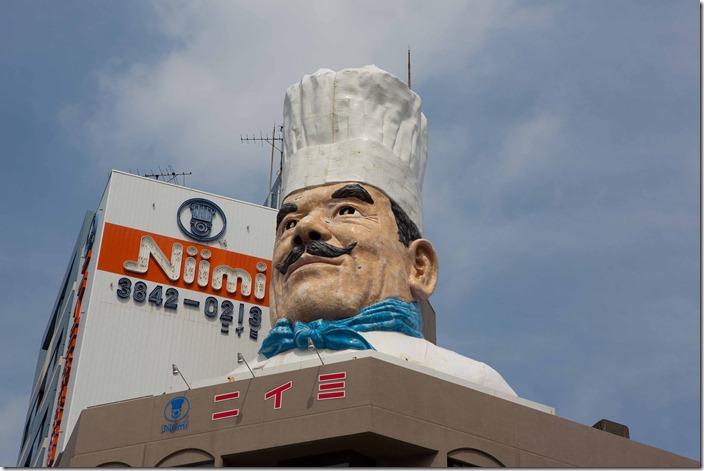 Of course if you look down you see this. 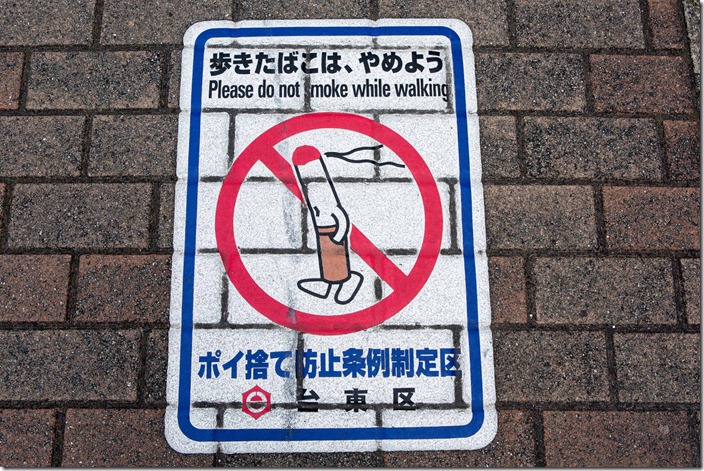 The streets are what you would expect them to be .. lined with kitchen shops with a primary focus on restaurants. 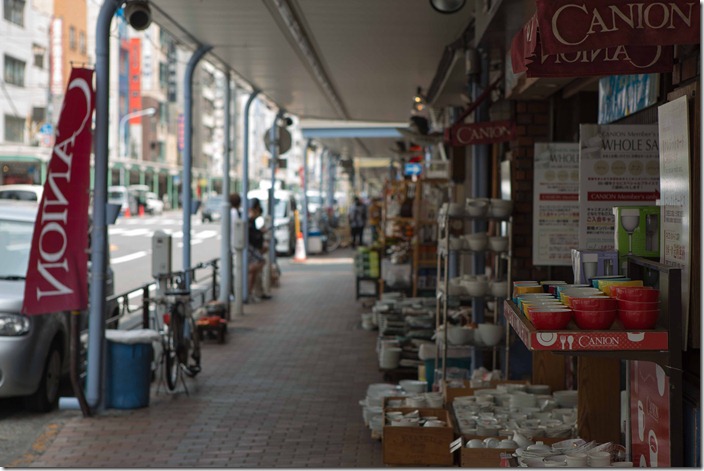 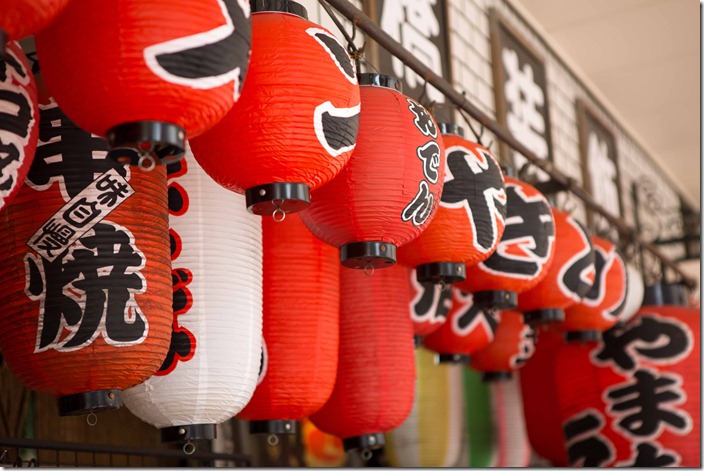 And of course, a few oddities. These contraptions were everywhere, and I could not figure out what they are for. Looks like some form of odd torture device. Turns out that they mount to the back of a scooter so that you can make a delivery. The springs and “swing” take the bumps out of the road. I saw a delivery person pull a batch of food with an open bowl filled with noodles and broth, it must be very effective. 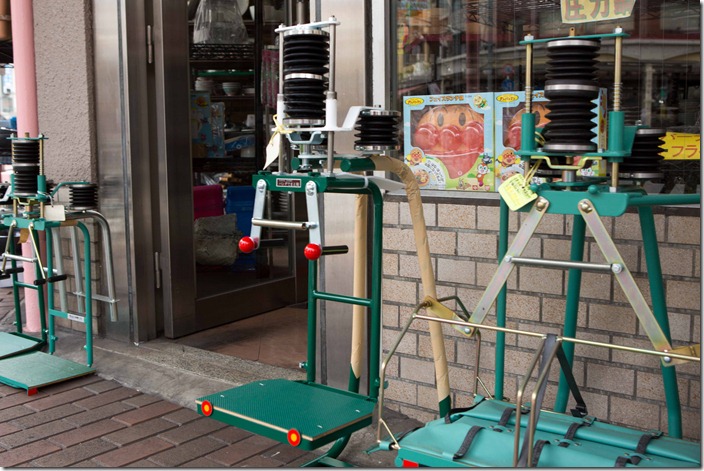 Of course, there was a shop filled with neon signs and some very odd plastic sculptures. 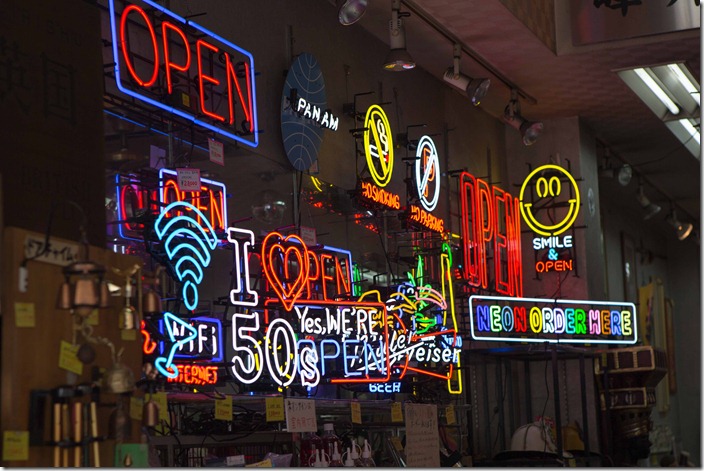 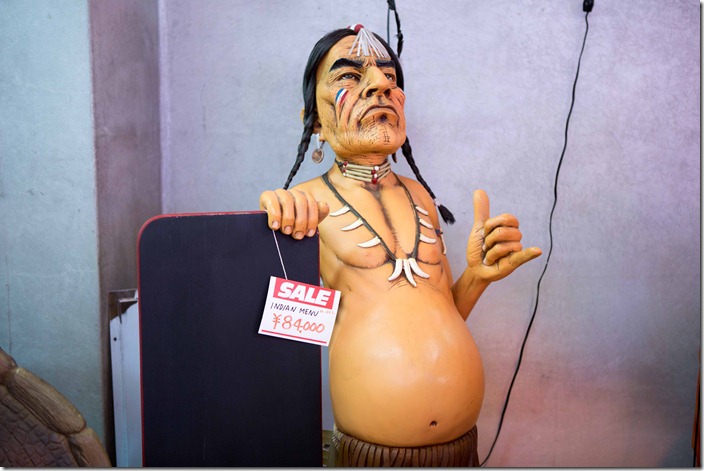 People were zipping around the streets, this fellow on a very small bike. Funny thing, I remember riding one of those bikes as a kid. We called them mini-bikes. 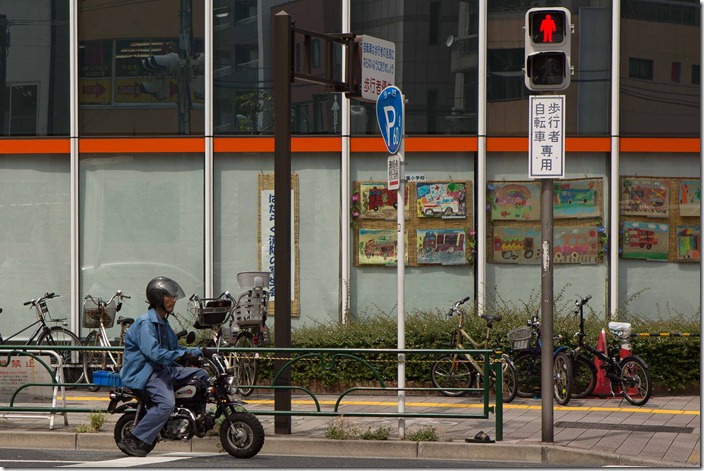 And of course, no trip to Kappabashi-dori is complete without the plastic food.