Traveling around Asia you become accustom to different levels of garbage. In the emerging countries where people are trying to make a living you see garbage everywhere for logical reasons; when you are trying to feed your family, ensuring that every plastic bag is picked up doesn’t really make the priority list.

In Tokyo, which went through a terrible pollution stage post World War II, the emergence of wealth has led to incredible cleanliness. Garbage in Japan is about as common as immigrants – not often seen; truly the cleanest city in the world.

Which left me wondering, what would it be like outside of the business areas that I was accustomed to in China? We have all read about the terrible pollution, so would that also mean that the same disregard for the environment is prevalent along back streets?

The answer was a a surprise – it is quite clean. As we traveled around Beijing and Xian, you did not see piles of roadside or back alley garbage. Instead, I saw a lot of people collecting garbage.

My favorite garbage collectors were those at Tiananmen Square and like many people in China, they were on electric scooters.

Our tour of China started with Tiananmen square. It is interesting to tour the square knowing the history. I don’t know what I was expecting to see? Obviously not demonstrators or anything of that ilk.

In the end it is a big square, with a few monuments to those deemed worth. My shots; Config Canon 5D Mark III, Canon 28-300mm f/2.8 USM. A note on the shots: China was very frustrating. I did not bring the right filters and the haze/pollution played havoc with the shots.

One of the buildings surrounding the square.

The big communist party building beside the square, The Great Hall of the People. When you read through the history you will find that occasionally it is used for artistic performances. I found it funny that the first western performer was a country western singer. I will refrain from explaining why I found that point so humorous. 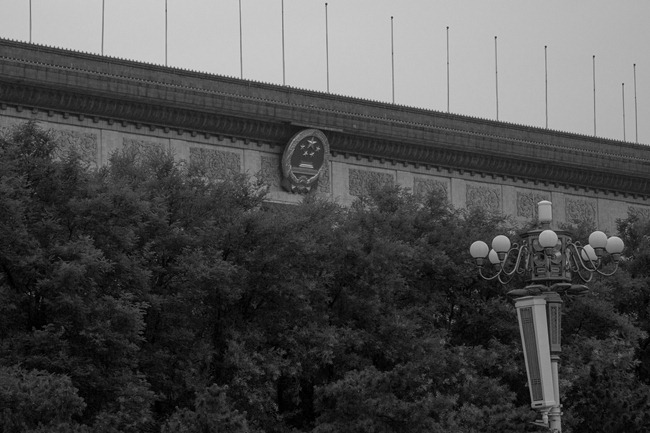 This is the Tiananmen. 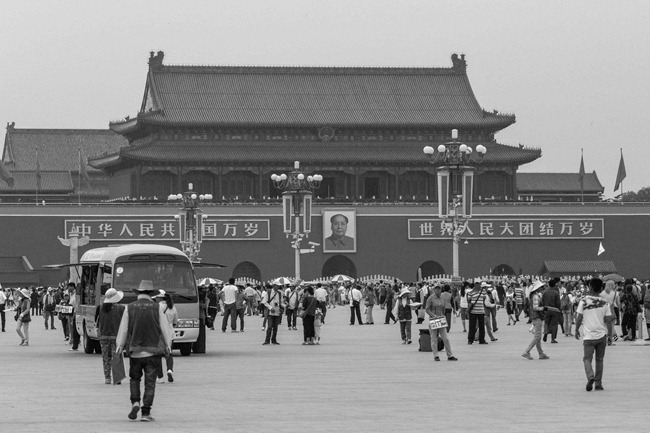 The monument to the People’s Heroes, manned by young communist party members and commemorating wars such as the Opium war, the war against Japan and the different revolutions. When you read through China’s history and how imperialist forces abused this country, it is no wonder that self defense is so important to them. 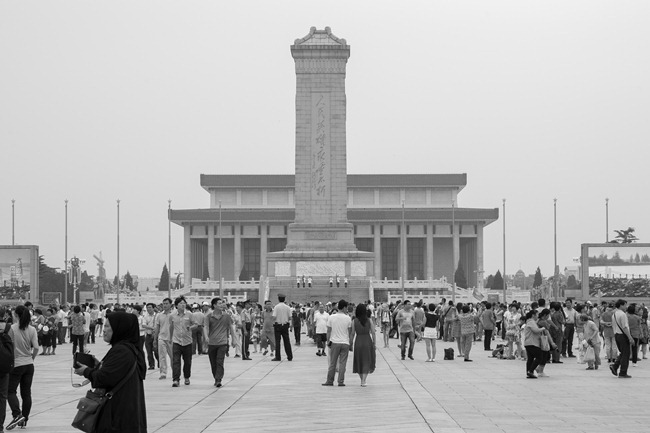 The square is filled with uniformed and plain clothes security. Many standing at attention. 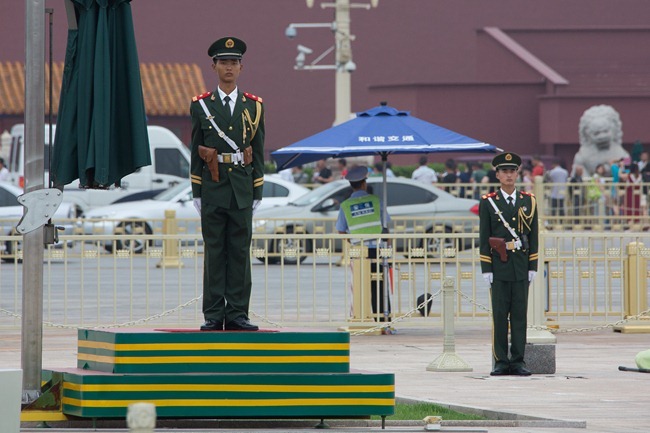 An interesting stroll through the square.