The Crete adventure continued on with a day trip north to the Island of Spinalonga. Our first stop was the quaint town of Elounda across from the island.

As is the case with most of Greece, dogs and cats were abundant and this one seemed to enjoy hanging out on the fishing nets. 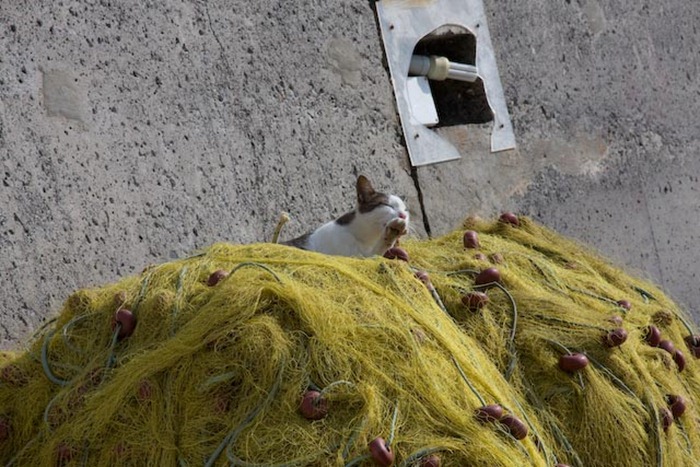 Fishing boats had been repurposed to shuttle us back and forth … with a little fishing thrown in between.

Across from the town is the island which was a fort during the Turkish times and later a leper colony until 1957.

Following the Turkish occupation of Crete in 1669, only the fortresses of Gramvousa , Souda and Spinalonga remained in Venetian hands; they would remain so for almost half a century. Many Christians found refuge in these fortresses to escape persecution. In 1715, the Turks came to terms with the Venetians and occupied the island. At the end of the Turkish occupation the island was the refuge of many Ottoman families that feared the Christian reprisals. After the revolution of 1866 other Ottoman families came to the island from all the region of Mirabello. In 1881 the 1112 Ottomans formed their own community and Later, in 1903, the last Turks left the island.

The island was subsequently used as a leper colony, from 1903 to 1957. It is notable for being one of the last active leper colonies in Europe. The last inhabitant, a priest, left the island in 1962. This was to maintain the religious tradition of the Greek Orthodox church, in which a buried person has to be commemorated 40 days, 6 months, 1, 3 and 5 years after their death. Other leper colonies that have survived Spinalonga include Tichilesti in Eastern Romania, Fontilles in Spain and Talsi in Latvia. As of 2002, few lazarettos remain in Europe.[1])

It must have been heartbreaking for the people to be bound to the rock, even if the government did take care of them.

The island itself is magnificent. Huge walls jutting out of the sea. A commanding point to control the sea around it and another great family hiking opportunity …. 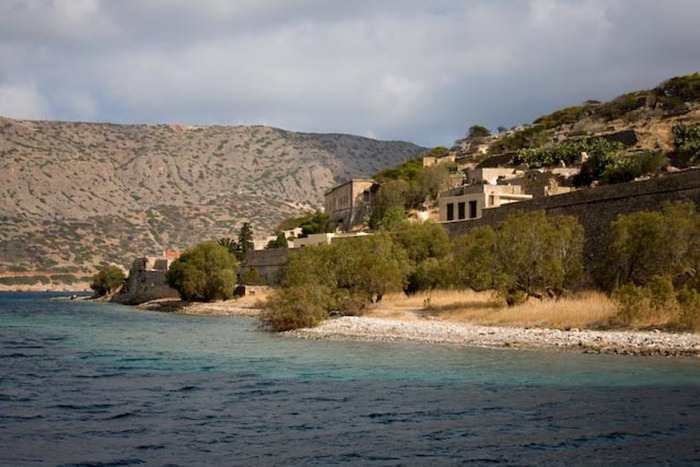 It never ceases to amazing me how life will pop out in the oddest of places. This is a picture straight up a wall that must be 15m high. What are the odds?

Inside the walls is a well preserved town with a small museum dedicated to the previous inhabitants. 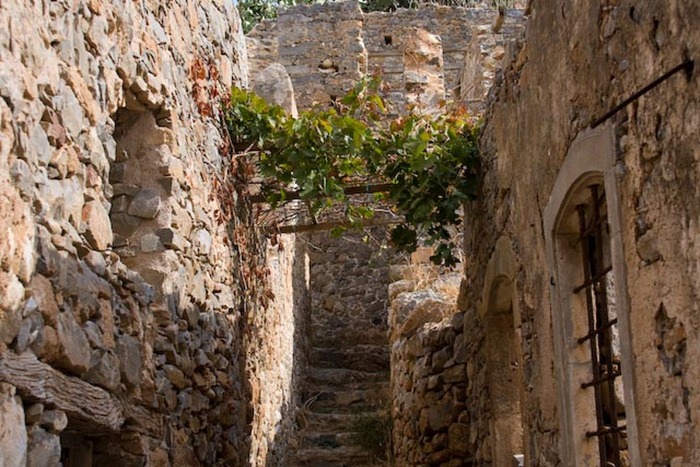 Unfortunately, the leper grave is without a single marker to identify those who have passed on.

The below gives you an idea of how steep the island is. Fantastic adventure hiking to the top, but very steep. Of course, the view from the top is amazing.

I can see the soldiers standing on the parapet, bored out of their minds…. 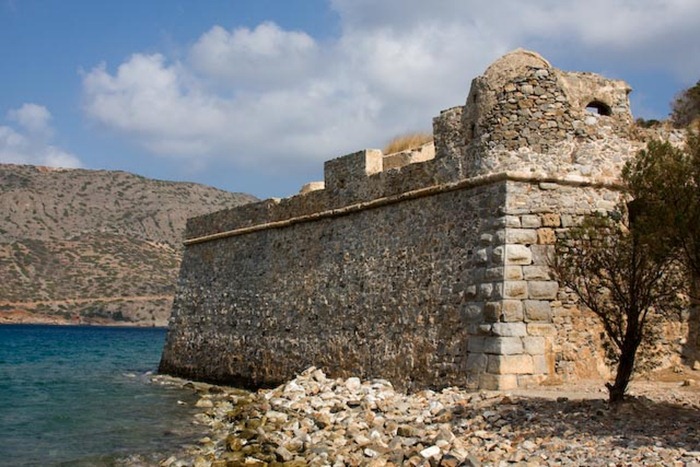 All in all .. a great adventure for the day. We topped it off with dinner on the shore at a local sea food restaurant who served great lobster and scallops.