In the Forbidden City, Beijing, China. 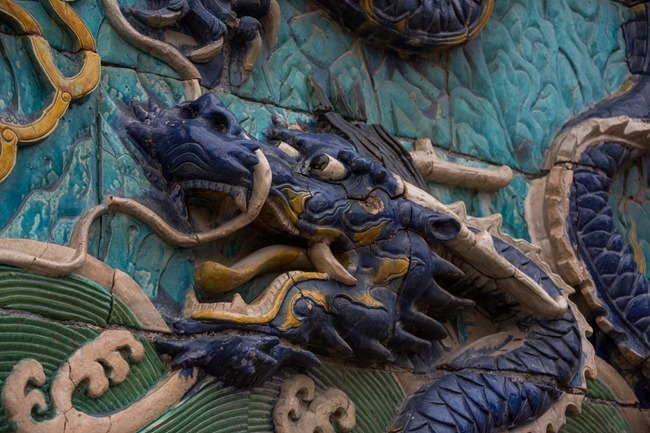 A little bit on the history of the wall:

is a type of screen wall with reliefs of nine different Chinese dragons. Such walls are typically found in imperial Chinese palaces and gardens.

Early reference to the tradition of putting a screen wall at the gate is found in the Analects, 3:22: therein, it is mentioned as a trivial ritual norm ("The princes of States have a screen intercepting the view at their gates". 邦君樹塞門, trans. by James Legge).