A store in Tokyo is filled with unique finds .. most in Japanese and indecipherable to the gaijin.

Condensed milk in a tube. Purchased to make a Vietnamese coffee at home. 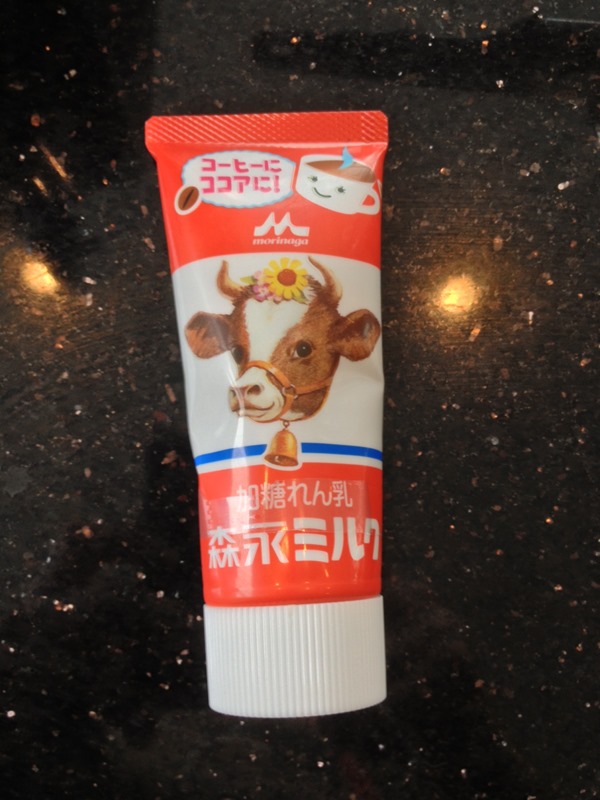 An individually wrapped prune goes well with your Cream Collon (tube cookies with a creamy center). You can’t make this stuff up.

I was speaking with someone about how healthy Japan is. But a fellow in pharmaceuticals said that the cholesterol and diabetes drug markets are growing rapidly in Tokyo. This is why; the only thing I will eat in McDonalds is an egg mcmuffin but I won’t eat that. Obesity on a bun. Hey McDonalds, “Big Canadian” could go there too (unfortunately).

In Tokyo there are safety men everywhere. I mean everywhere, with their hands waving to ensure you don’t crash into a truck or workmen or any of 1,000 other things going on near the roads.

But automation is on the way …. A bit hard to see, but the LED safety patrolman. A butcher skinning something on the street. What is it? No idea, but he had a big crowd.

You never know what you will see next.

Update: adding one more. Sitting in the doctors office I saw an add for this brand of baby diapers.

2 thoughts on “THINKS YOU WON’T SEE IN KANADA”