I would say the most disturbing site on Peleliu is this cave – which you could call an execution cave. Inside the series of tunnels a thousand Japanese soldiers camped, refusing to come out. As the story goes, whenever the Americans tried to get a surrender the Japanese would respond by throwing out grenades or firing shots.

The Americans were forced to block up the exits, leaving only two open. In one exit they fired explosives and flame throwers, attempting to push the remaining soldiers out the last exit. The fact that they would not give up despite certain defeat remains unfathomable. 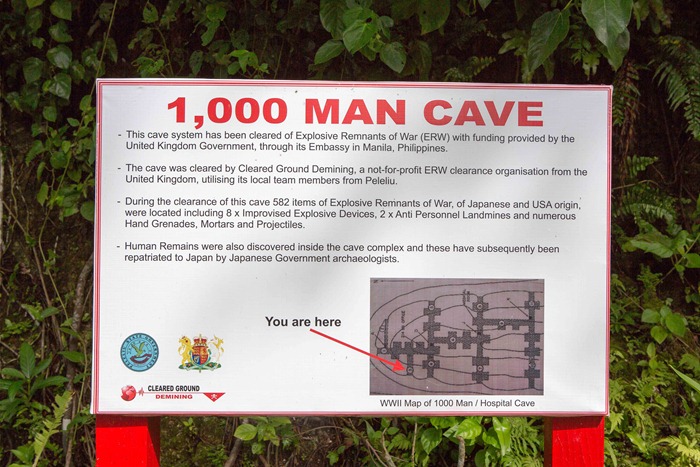 Old sake bottles were everywhere along the floor of the caves.

Everywhere you stepped there were remnants of the days long past; rubber insoles, small parts of weapons, bowls and the remains of an IV stand at the medical station.

The blast marks on the entrance of the cave from the flame throwers. 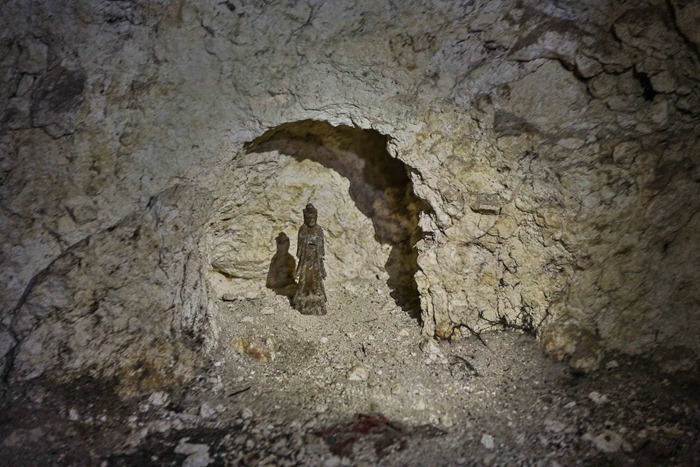 Musty, filled with large spiders and very dark. A rather disturbing place.