On a recent tour, near this street we heard all about Juzo Itami. 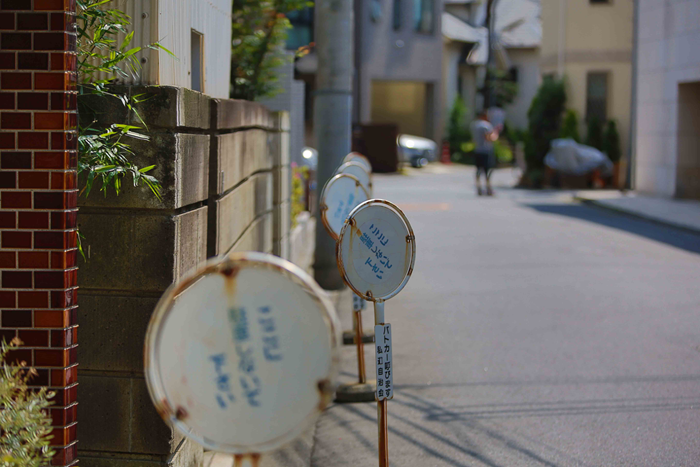 Standing at the bottom of the building where he “committed suicide”, we heard the story about how this Japanese film maker made fun of the establishment and organized crime:

On May 22, 1992, six days after the release of his anti-yakuza satire Minbō no Onna, Itami was attacked, beaten, and slashed on the face by five members of the Goto-gumi, a Shizuoka-based yakuza clan, who were angry at Itami’s film’s portrayal of yakuza members as craven, dishonorable bullies. This attack led to a government crackdown on the yakuza. His subsequent stay in a hospital inspired his next film Daibyonin, a grim satire on the Japanese health system.

Looking down the alley, our guide explained his “death”:

He purportedly committed suicide on December 20, 1997[1] in Tokyo, by leaping from the roof of the building where his office was located, after a sex scandal he was allegedly involved in was picked up by the press. The suicide letter he reportedly left behind denied any involvement in such an affair.

Many consider his death suspicious. Citing unnamed sources, Jake Adelstein of Yomiuri Shimbun, who wrote a number of articles dealing with Japanese yakuza, directly accused Goto of murder. Adelstein stated that, according to his sources in the Japanese underworld, Juzo Itami was planning a new movie about Goto’s yakuza faction and its relationship with the religious groupSōka Gakkai and that “A gang of five of his people grabbed Itami and made him jump off a rooftop at gunpoint. That’s how he committed suicide.” According to Adelstein, Itami had said that his wife was aware of his alleged affair and that Itami’s purported suicide note was typed on a word processor.[2] At the time, the police treated it as a possible homicide. Itami’s surviving family have never publicly commented on the circumstances surrounding his death.

We continued walking. I love the way that Japanese streets are filled with people’s pots filled with flowers and bushes. They may not have a yard, but they are trying. 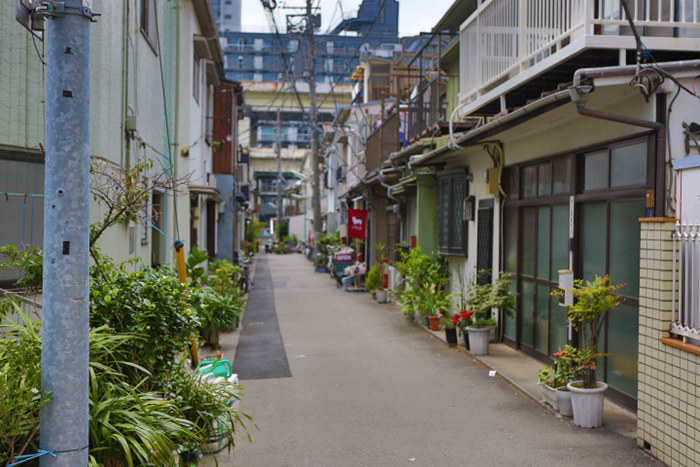 In some cases, the grasses are overgrowing. An oddity in Japan. Why would someone leave their motorcycle like that? (even if it is broken). 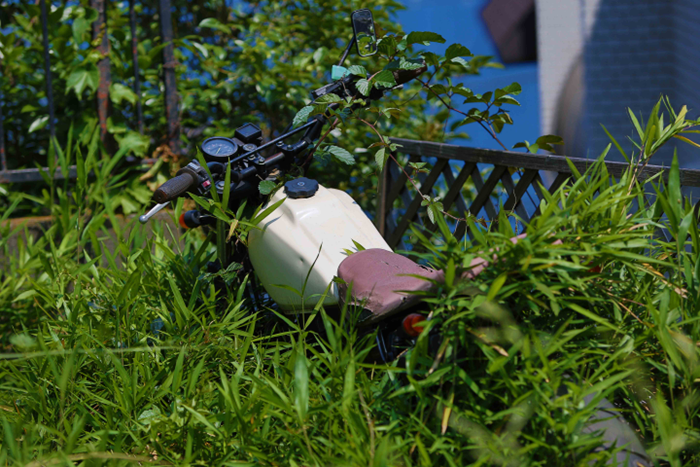 Passing this shop I looked in, there was barely any room to move … He/she is certainly not pressing any clothes. 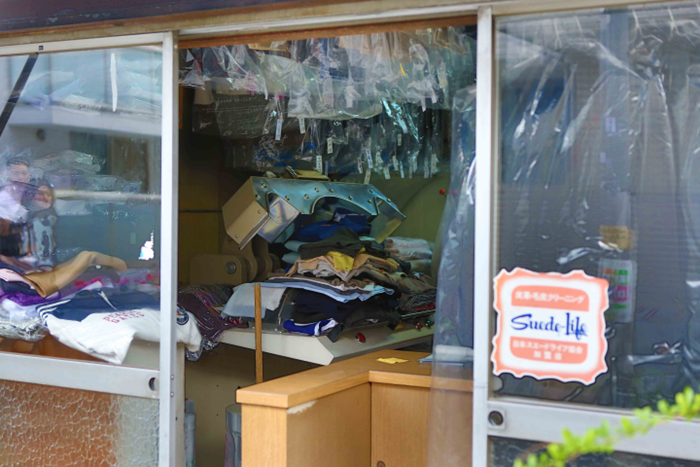 As we turned a corner our guide explained that the area we were in used to be a slum in Tokyo. The locals were cleaning it up and banding together, trying to stop developers who were buying up the buildings with a goal of tearing it all down and putting up high rises. 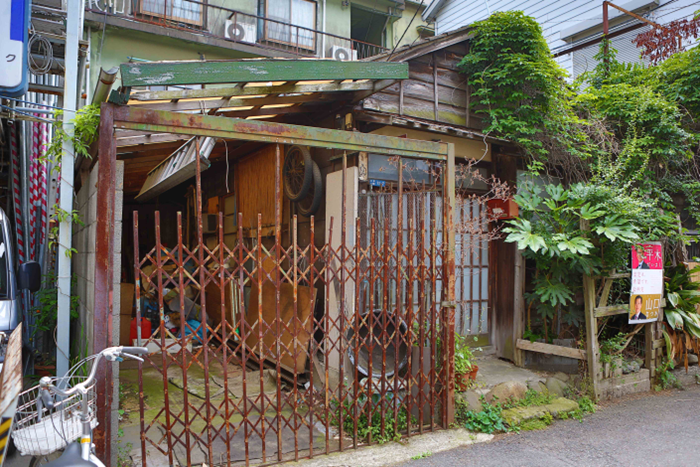 Down a stairwell was a tiny little statue, dedicated to a site where something happened .. at some point in history. Perhaps someone fell down the stairs and died, or an incident happened here. That history is lost to us gaijin, but it was amazing to see the statue hidden between the buildings. 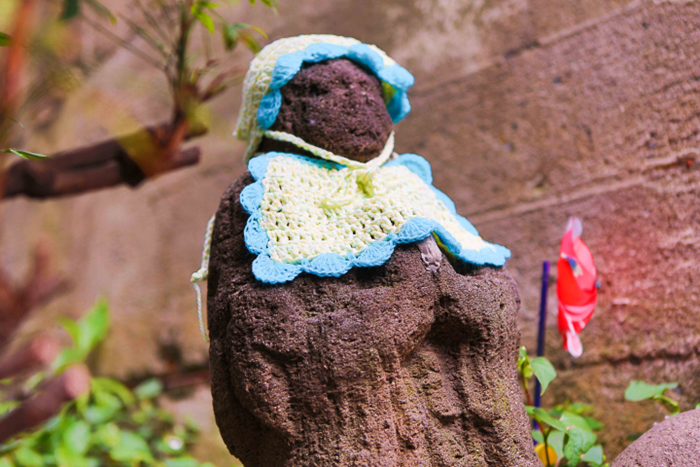 And in every Tokyo cement crack, something is trying to grow. 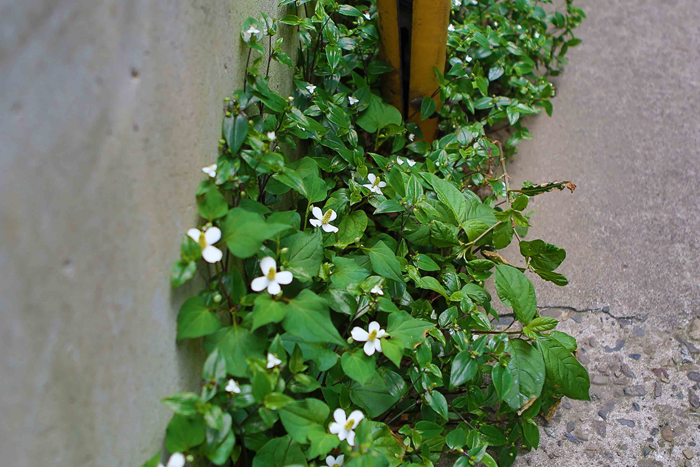 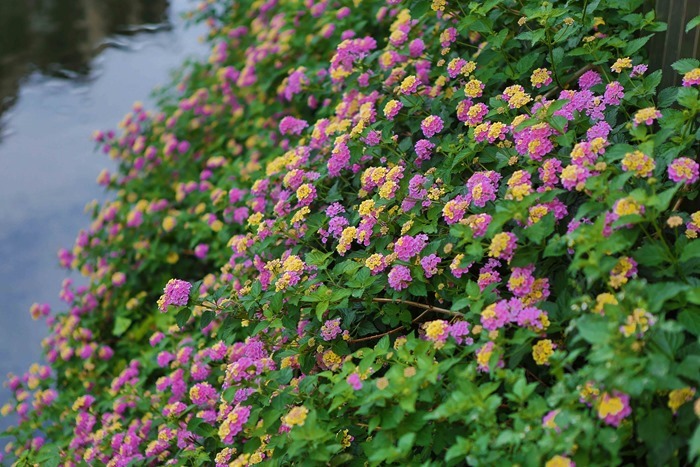 3 thoughts on “EXPLORING THE TOKYO STREETS”