Our next stop was a Zen temple. Everything is so neat. 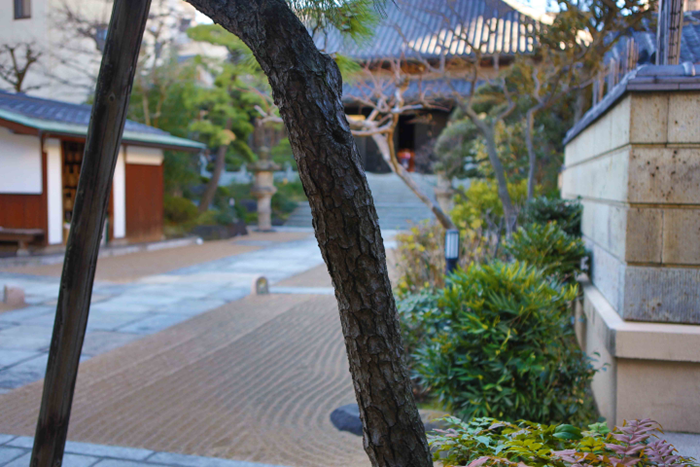 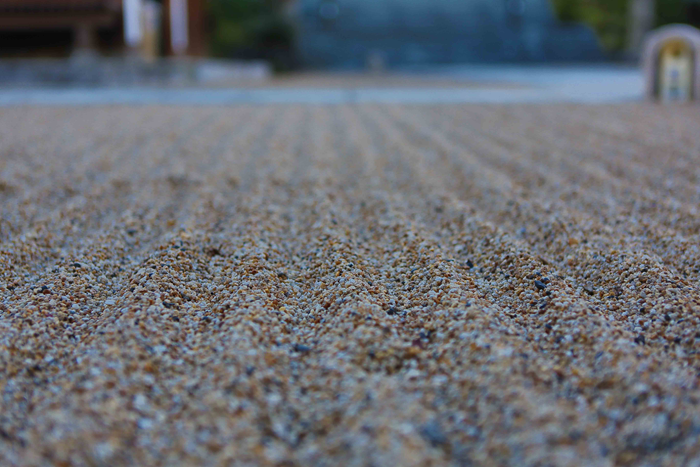 Until that doggone cat from next door shows up again …. 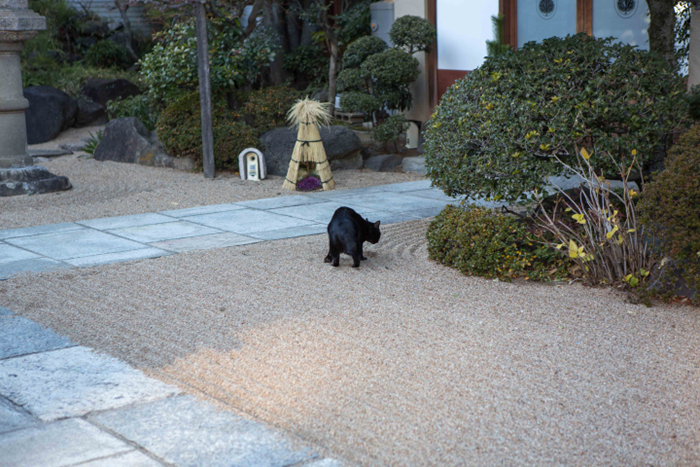 I can see the monk the next morning, starting to fume and then stopping himself. Ok, remember, deep breaths, stay calm. Now where is my rake and a plastic bag?

I am sure that he wished that the lions served as a cat scarecrow. 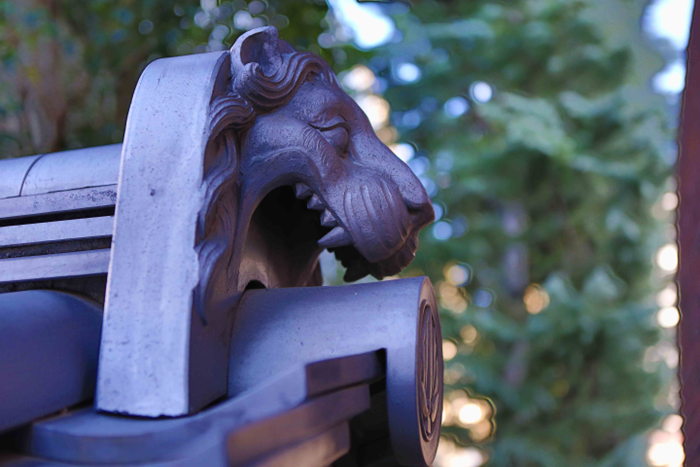 Our next stop was a Buddhist temple where they chant and pray 24×7. In the courtyard are several mini-shrines.

The heartbreaking shine was to children who had passed on. Parents left remnants around the shrine to their children. I found this stuffed animal a sad reminder of someone’s loss. 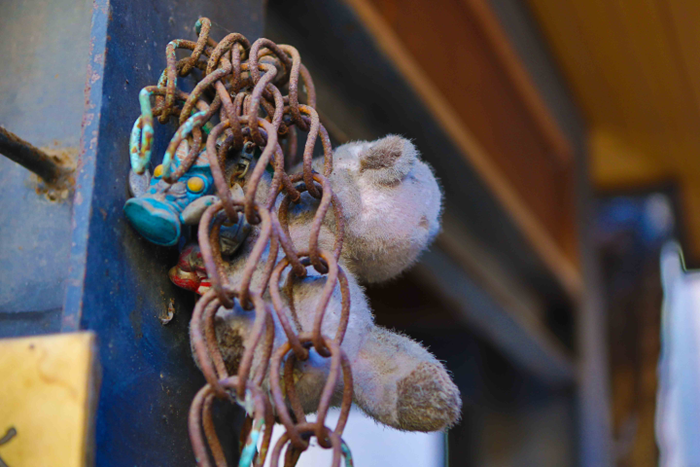 Next to this shrine is a vanity shrine, where you leave a frog as an offering and request for good “skin”. Japans answer to Clearasil. Lots of frogs … 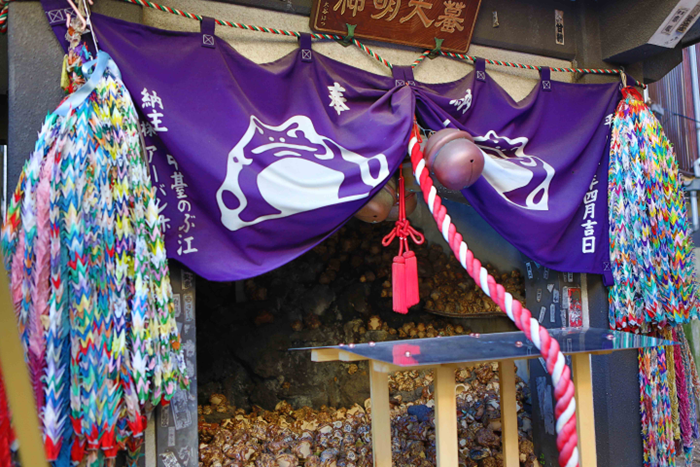 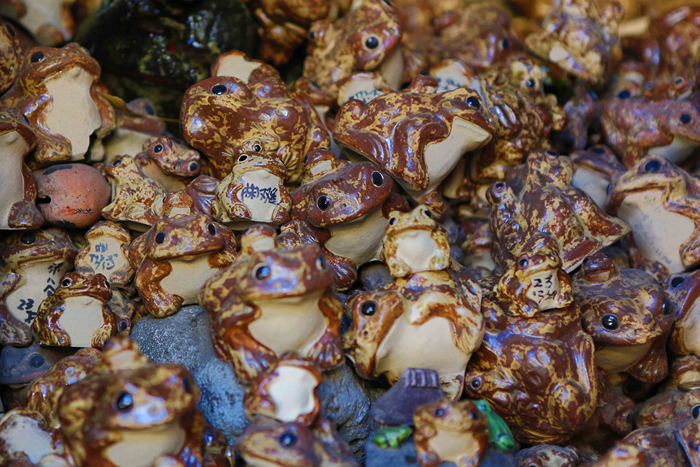 There were paper cranes all over the shrines .. and I now admire the dedication that it takes to finish 1,000 paper cranes:

Thousand origami cranes (千羽鶴 Senbazuru?) is a group of one thousand origami paper cranes (鶴 tsuru) held together by strings. An ancient Japanese legend promises that anyone who folds a thousand origami cranes will be granted a wish by a crane. Some stories believe you are granted eternal good luck, instead of just one wish, such as long life or recovery from illness or injury. This makes them popular gifts for special friends and family. The crane in Japan is one of the mystical or holy creatures (others include the dragon and the tortoise) and is said to live for a thousand years: That is why 1000 cranes are made, one for each year. In some stories it is believed that the 1000 cranes must be completed within one year and they must all be made by the person who is to make the wish at the end. Cranes that are made by that person and given away to another aren’t included: All cranes must be kept by the person wishing at the end. 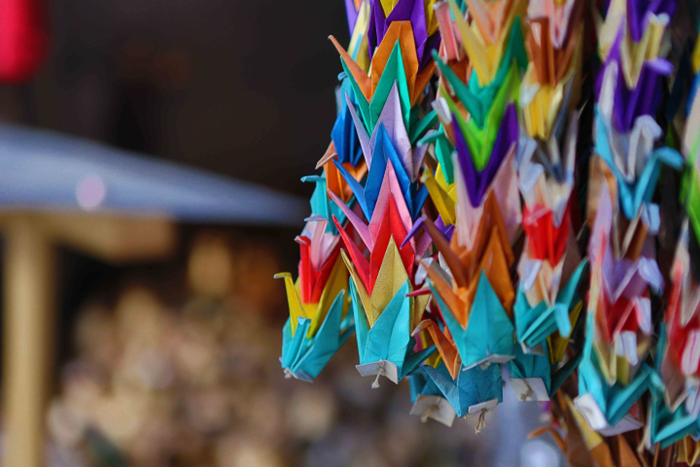 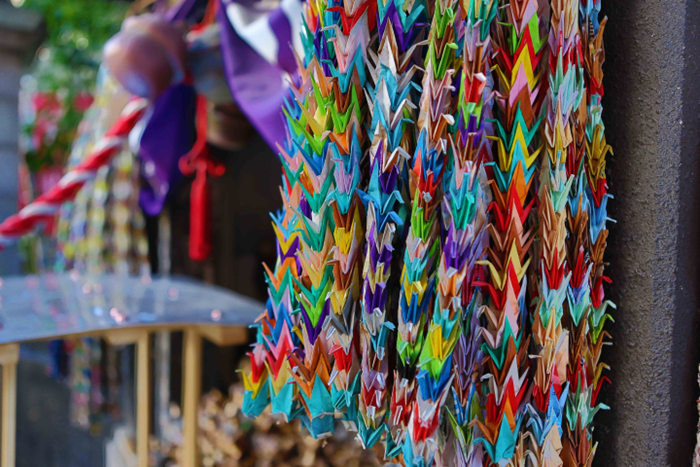 Our last shrine was to the Kappa. I didn’t take a lot of shots as we had to bolt, but we did hear of the dangers of the Kappa:

As water monsters, kappa have been frequently blamed for drownings, and are often said to try to lure people to the water and pull them in with their great skill at wrestling.[12] They are sometimes said to take their victims for the purpose of drinking their blood, eating their livers or gaining power by taking their shirikodama (尻子玉?), a mythical ball said to contain their soul which is located inside the anus.[12][14][15][16] Even today, signs warning about kappa appear by bodies of water in some Japanese towns and villages. Kappa are also said to victimize animals, especially horses and cows; the motif of the kappa trying to drown horses is found all over Japan.[17] In these stories, if a kappa is caught in the act, it can be made to apologize, sometimes in writing.[17] This usually takes place in the stable where the kappa attempted to attack the horse, which is considered the place where the kappa is most vulnerable.[3] 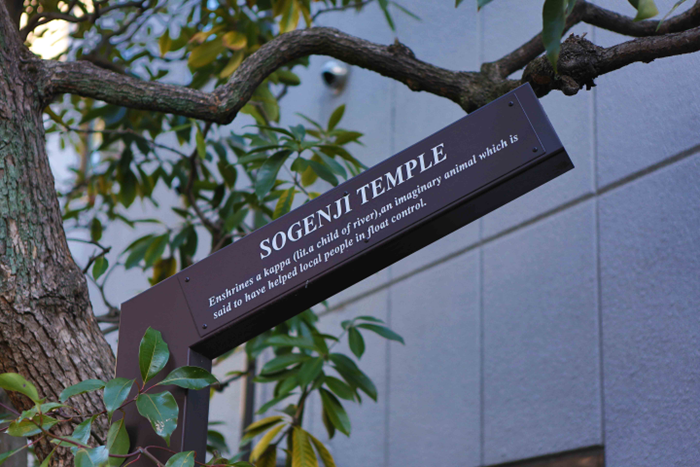 A fascinating tour. Looking forward to doing another.