One of the last posts on the topic of Belize. While there we stayed outside of a little town called Hopkins. I always find it interesting to see how other cultures live. In the case of Hopkins, it is on the beach and it would seem that agriculture and tourism are the primary industries. One thing we noticed, there seemed to be a ton of dogs wandering around. We read a few items that stated that there is a real effort being put in place to control the population (humanely).

The local church is right on the beach. 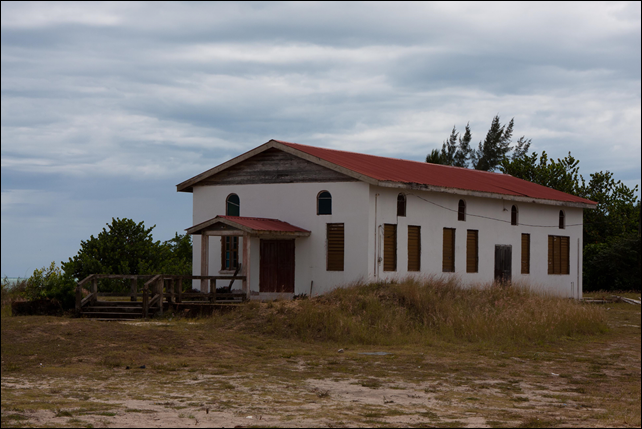 I was told that they have one police officer in town. I saw one on a bike later in the day. From their web site:

We have one constable who makes his rounds on a bicycle. This is largely because we are fortunate to have little or no crime in Hopkins. The police station is at the crossroads and easy to find.

It is a quaint town and we found the locals very friendly. One local told us about the hurricanes that the town had suffered, the worst being Hattie in the 60’s that basically wiped the place out and killed a lot of people.

I don’t think I would want to be on the coast during a hurricane … but a nice place to visit on a sunny day.