Our first stop on the Mayan Ruin tour was Cahal Pech, embedded in a local city:

Cahal Pech is a Maya site located near the Town of San Ignacio in the Cayo District of Belize. The site was a hilltop palacio home for an elite Maya family, and though most major construction dates to the Classic period, evidence of continuous habitation has been dated to as far back as far as 1200 BCE during the Early Middle Formative period (Early Middle Preclassic), making Cahal Pech one of the oldest recognizably Maya sites in Western Belize.[1][2]. The site rests high near the banks of the Macal River and is strategically located to overlook the confluence of the Macal River and the Mopan River. The site is a collection of 34 structures, with the tallest temple being about 25 meters in height, situated around a central acropolis. The site was abandoned in the 9th century CE for unknown reasons.

The remains of doors leading to the privileged courtyards off of Plaza B (hypothesized to be an open market). The Maya believed in odd numbers, in this case there were 9 doors from side to side. 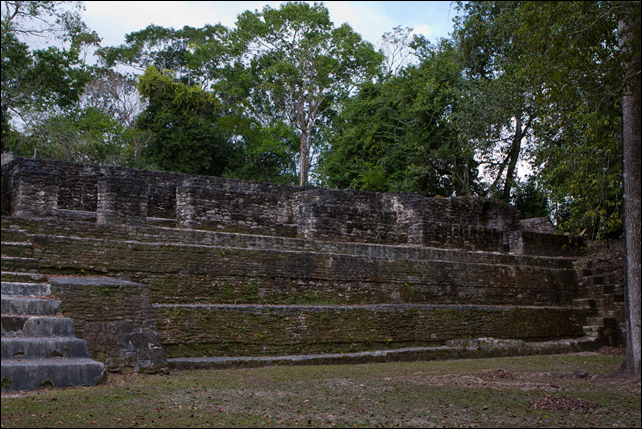 Back to the point on their history, we did not see many wall drawings. Perhaps due to their use of red dyes from trees .. which wears off. 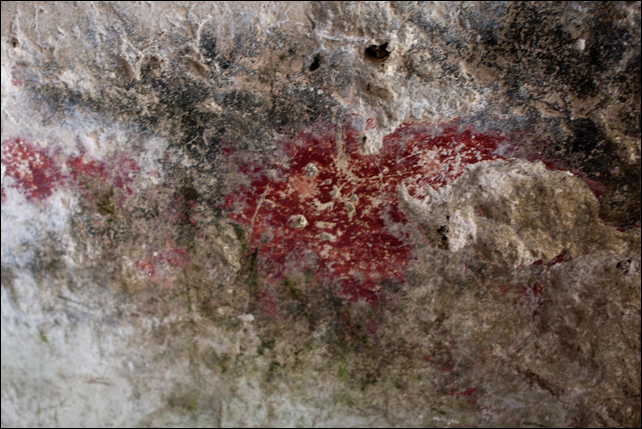 Everything in the Maya ruin centers on status. One spot for the commoner, another spot for the 2nd tier, inside for only the top level. Clearly a society built on status and hierarchy. This site was not unearthed until 1988, and even now, huge parts of the site remain underground awaiting the next stage of study. Note the way the trees and dirt remain in place over top of the temple. 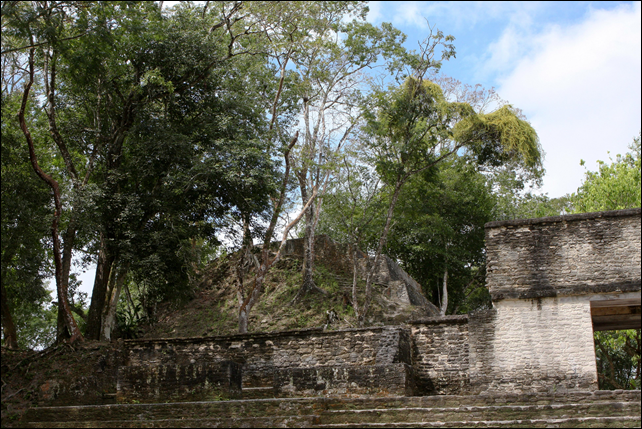 Unlike Costa Rica, wildlife was not that common. We saw a few hummingbirds and this very poisonous snake, the Central American Coral snake.

In each ruin there was a ball court. The game’s actual rules are not known, so more hypothesis. What they do know is that they used a rubber ball from a rubber tree, which was solid and weighed between 6 and 8 lbs. If given a pass, you would not want to miss. Oh yes, and there seems to be consensus that there was a lot of ritual around the game and at times, it could lead to your being sacrificed. I can see the coach, “No pressure lads. Just get out there and do your best. Oh yes, and remember, this is the finals. So, if you lose, you are going to get sacrificed to the sun god. Really a win-win. We win, you are a hero. We lose you go to the sun god and help next years crop. So, chins high, get out there and give it your best!’. 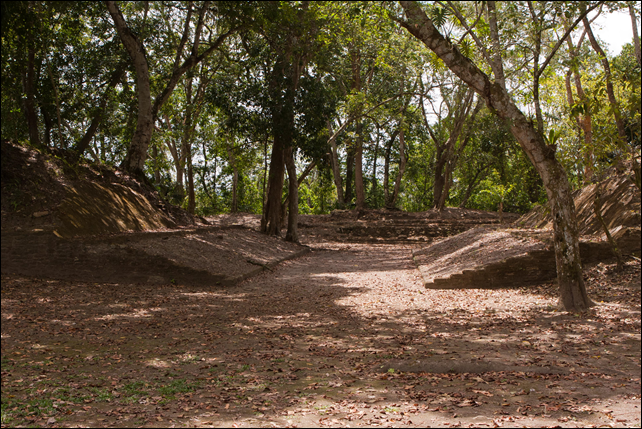