Upon exiting the Arrommanches 360, you have the option of leaving or travelling down a footpath to Sword beach and the city of Saint-Aubin-a-Mer:

Sword Beach was the codename of one of the five main landing beaches in Operation Neptune, which was the initial assault phase of Operation Overlord (the Allied invasion of Normandy on 6 June 1944). Stretching 8 km from Ouistreham to Saint-Aubin-sur-Mer it was the farthest east of the landing points and around 15 km from Caen. The initial landings were achieved with low casualties, but the British forces ran into heavily defended areas behind the beachhead. The British landings were the only Allied sectors that faced attack by German Panzer Divisions on 6 June 1944. 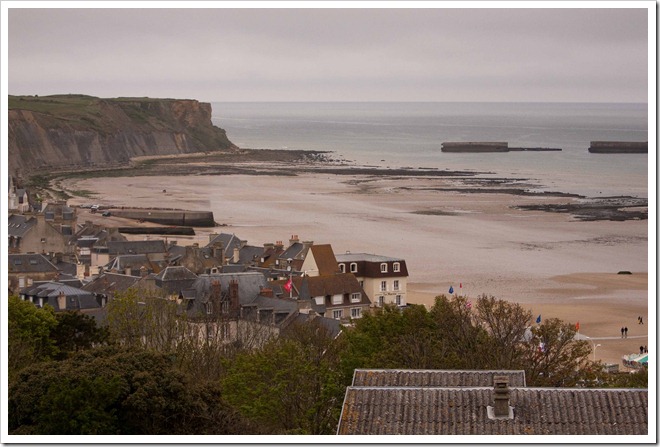 A large element of the D-Day invasions were the harbours. At Dieppe, the Allies learned that attacking a fortified port was very difficult. Therefore, they set about capturing these channel towns with the idea of setting up temporary ports to bring in supplies – Mulberry Harbour:

At a meeting following the Dieppe Raid, Hughes-Hallett declared that if a port could not be captured, then one should be taken across the Channel. This was met with derision at the time, but in a subsequent meeting with Churchill, the Prime Minister declared he had surmised a similar scenario using some Danish Islands and sinking old ships for a bridgehead for an invasion in World War I. The concept of Mulberry Harbours began to take shape when Hughes-Hallett moved to be Naval Chief of Staff to the Overlord planners.

A trial of the three eventual competing designs was set up, with tests of deployment including floating the elements, in Garlieston, Wigtownshire. The designs were by Hugh Iorys Hughes who developed his “Hippo” piers and “Crocodile” bridge units on the Conwy Morfa, using 1000 men to build the trial version; the Hamilton “Swiss Roll” which consisted of a floating roadway; and a system of flexible bridging units supported on floating pontoons designed by Major Allan Beckett RE. The tests revealed various problems (the “Swiss Roll” would only take a maximum of a 7 ton truck in the Atlantic swell). However the final choice of design was determined by a storm during which the “Swiss Roll” was washed away and the “Hippos” were undermined; Beckett’s floating roadway (subsequently codenamed Whale) survived undamaged. Beckett’s design was adopted and manufactured under the management of J. D. Bernal and Brigadier Bruce White, under the orders of Winston Churchill.

The proposed harbours called for many huge caissons of various sorts to build breakwaters and piers and connecting structures to provide the roadways. The caissons were built at a number of locations, mainly existing ship building facilities or large beaches like Conwy Morfa around the British coast. The works were let out to commercial construction firms including Balfour Beatty, Costain, Nuttall, Henry Boot, Sir Robert McAlpine and Peter Lind & Company, who all still operate today, and Cubitts, Holloway Brothers, Mowlem and Taylor Woodrow, who all have since been absorbed into other businesses that are still operating [1]. On completion they were towed across the English Channel by tugs[2] to the Normandy coast at only 4.3 Knots (8 km/h or 5 mph).

Mulberry B was the code name for the beach below us. The remains of the port were everywhere. Unlike at the other beach were there were few remains, here the breakwater remained as did other elements all over the beach. The port was an engineering marvel and much of it remains, in full view ….. 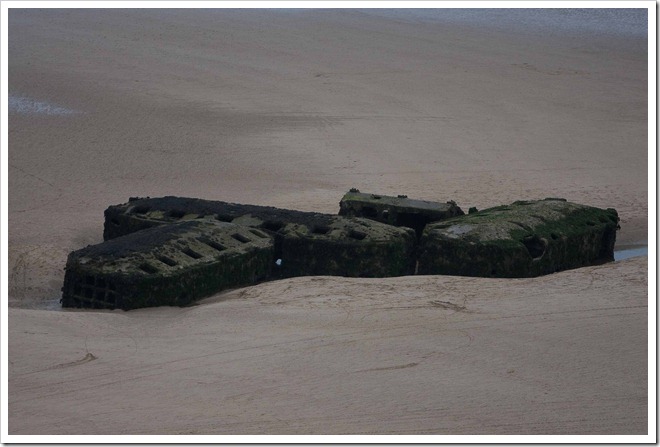 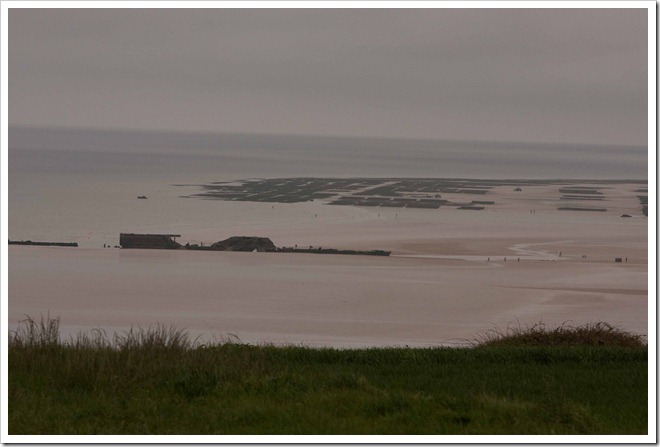 Walking among the iron monuments impresses the scale of the harbour. I would have loved to travel out to the artificial reef from the beach. 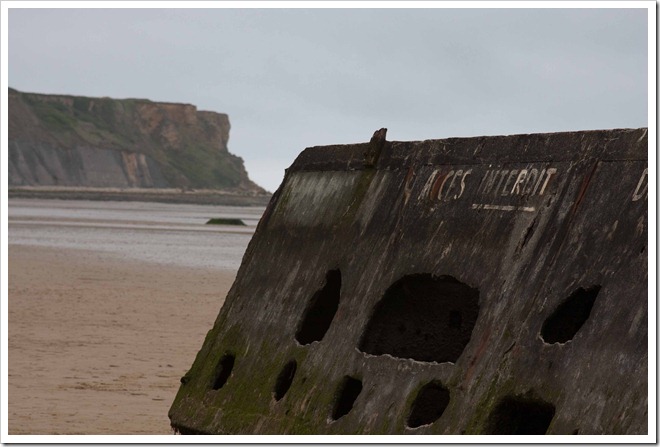 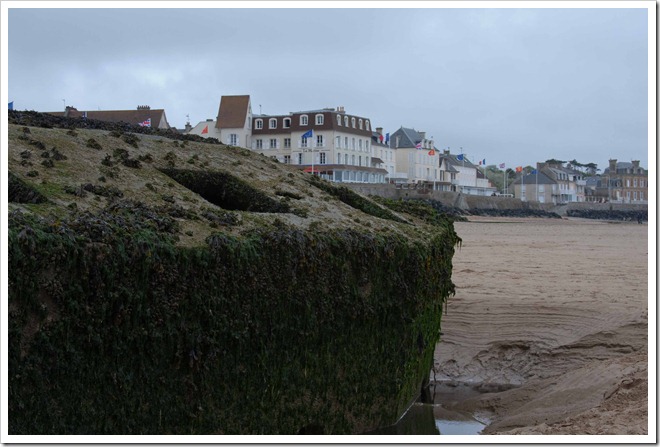 The mussels have a new home, showing the movement of the tide. 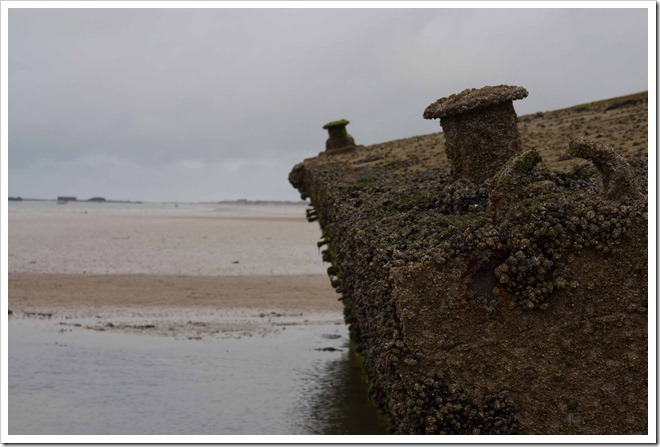 The allies sunk a huge number of old ships instantly to create an artificial reef called the Phoenix breakwaters, which you can see in the distance.

And the tour was coming to an end, Juno breach was ahead … on the way home.