On the wall of a building at the D-Day museum was an advertisement for Batterie de Maisy and on a whim we decided to head away from Omaha beach in search of the battery that was promised to be no more than ‘5 minutes drive’.

A windy road takes you along the coast, where we passed a host of breathtaking buildings. One being Le Chateau de St. Pierre du Mont, a castle converted into a bed and breakfast on the Normandy coast. It simply rises out of the road as you head along the coast. I would have loved to have spent a night there, had we known it existed …. via:

St. Pierre-du-Mont Castle dates back to the 16th century. Its entrance gate, flanked on the right by a machicolated defensive tower, is typical of the fortified gates which guarded Norman manors at the end of the 16th century. The upper part of that tower once housed a dovecote, which was a symbol of nobility until the Revolution.

At the beginning of the 17th century, the estate belonged to Francois du Mesnil. His family, like many noble families of that time, followed the reformed religion. Shortly after the Revocation of the Edict of Nantes (1685) they returned to Catholicism.

At the end of the 18th century St. Pierre-du-Mont Castle passed through marriage to the De Frotté family. One member of this family, who was a Marquis, was a prefect during the first half of the 19th century. 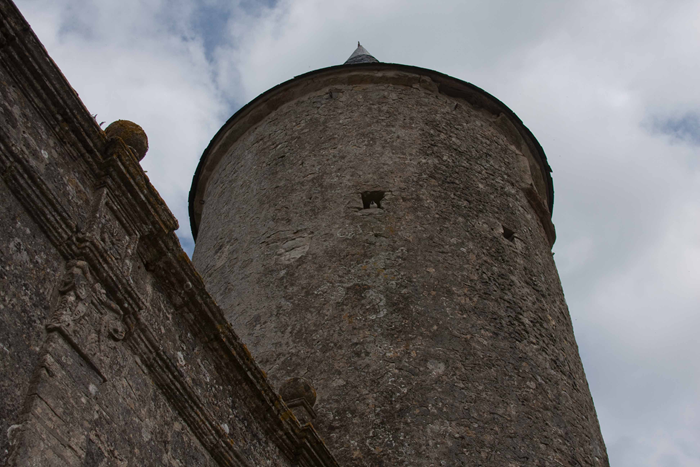 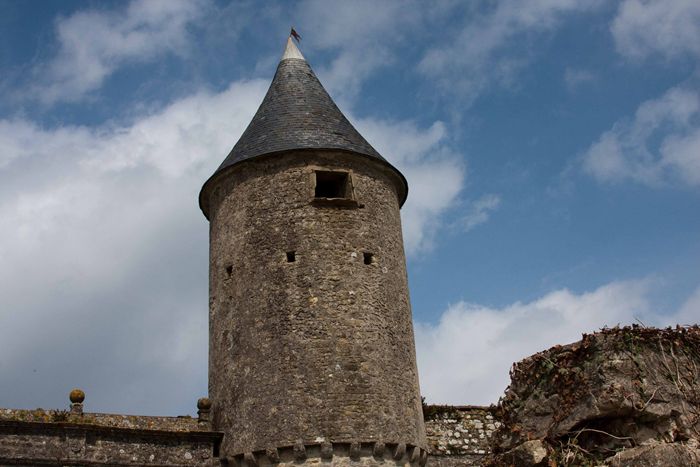 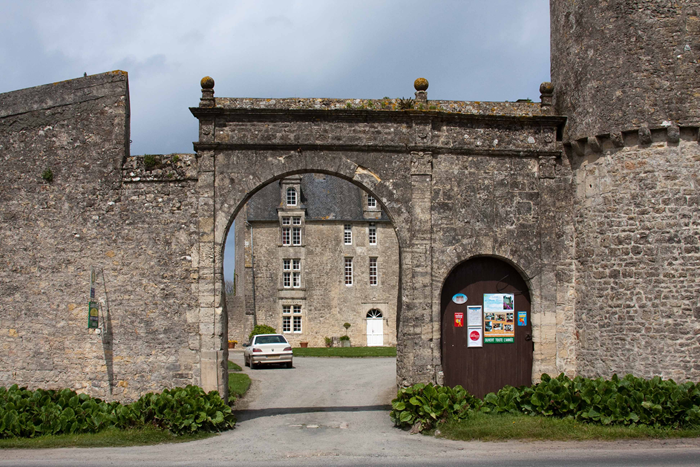 I always wonder what life was like when places like this were built. Peasants working for a rich family, building away, living off of the whims of the Lord and their family. We live in much better times, no matter how beautiful the building is. 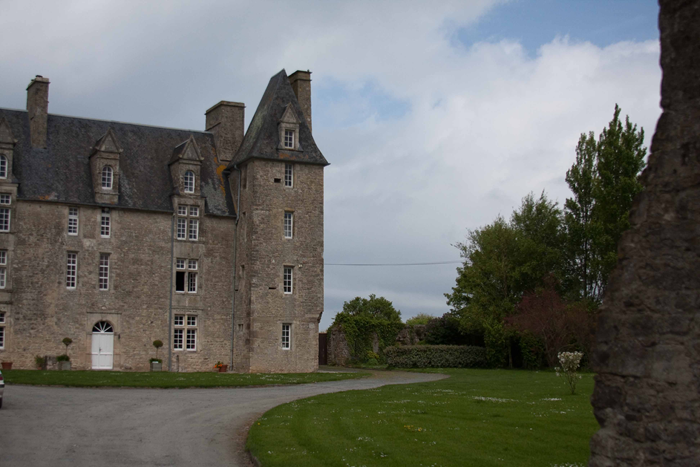 The nice thing about having your car, you can stop where you want. We continued down the road.