A few weekends ago our family jumped in the car and headed to Normandy for a long weekend. I will provide additional details on the trip in future entries, as it was one of my favourite trips that we have taken in the last 2 years.

A big part of the trip was the goal of finding one of Narda’s relatives in the war cemetery near the D-Day landings. Veterans Affairs has done an amazing job through the Canada Remembers project of cataloguing where our war dead lay. 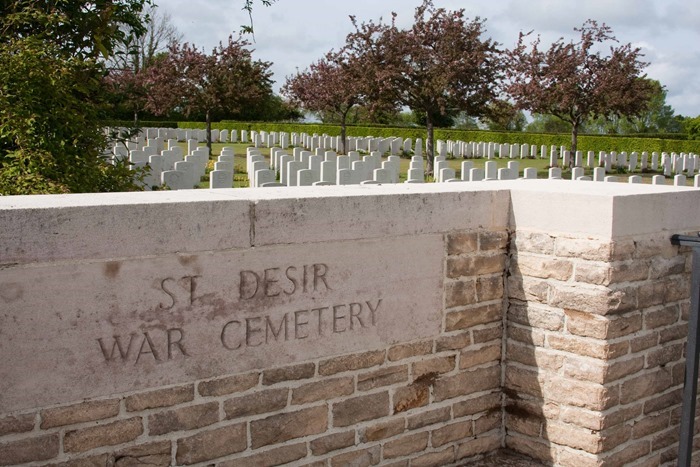 I do not have immediate relatives who served in the Canadian forces during WWII as my family mostly moved from Holland in the 50’s. Ross Ellsmere served in the Air Force as a pilot and died a month before D-Day (probably on a bombing run).  He is buried at St. Desir Cemetery, which is found after a long and winding drive through the French countryside. On the road we were lucky to see the small sign pointing down a side road, in the middle of nowhere. I wondered what it would be like.

Situated just out side of the town of Lisieux, famed for the Basilica dedicated to St Therese is one of the smaller British Cemeteries.

At first the  British and Commonwealth War Graves Commission buried the fallen German troops in a field next doo, where they still are. The Cemetery contains the dead from three different battles. Firstly there are four First Would War Burials who were transferred here after then end of WWII. There are men who fell in 1940 during the retreat to the Seine and those who fell in 1944 during the recapture of the area. Recently the local French village has made a walkway of peace between the two cemeteries

In all there are 598 graves here including 16 Canadian, 6 Australian, 1 New Zealand, 5 South African, and 1 American.

When I stepped out of the car I was hit with two feelings. The first is pride, the cemetery is immaculate – pristine and beautiful. The government is taking care of our war heroes in the right way. The second is a sense of magnitude. This is a small cemetery (550), but the rows and rows of graves is humbling, a testament to the price that was paid for our freedom.

The grave of Ross Ellsmere (22) is surrounded by men who died on the same day. It was a bloody day and you are struck by one thing – the age. Very few are older than 22 or 23. 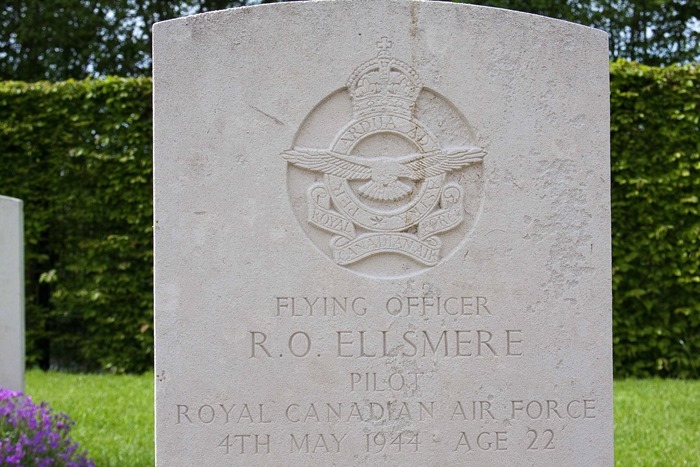 Right beside the cemetery is St. Desir-de-Lisieux, the German cemetery. Unlike the Allied cemetery, there are no words on the graves written from loved ones. There is just name, rank, date. In fact, there are 2 men to each cross and as the picture shows, it is a very big cemetery – 3,735 to be exact.