As we walked back to our hotel, we came across this monument which I have had a tough time puzzling out. It says ‘memorial national de la guerre d’algerie’ which I assume is a monument to the Algerian War which is worth reading about here. A few tidbits:

The Algerian War remains a contentious event today. According to historian Benjamin Stora, doctor in history and sociology and teacher at Paris VII, and one of the leading historians of the Algerian war, memories concerning the war remain fragmented, with no common ground to speak of:

"There is no such thing as a History of the Algerian War, there is just a multitude of histories and personal paths through it. Everyone involved considers that they lived through it in their own way, and any attempt to take in the Algerian War globally is immediately thrown out by the protagonists."[41]

Stora further points out that "The phase of memorial reconciliation between the two sides of the sea is still a long way off."[41] This was recently illustrated by the UMP‘s vote of the February 23, 2005 law on colonialism, which asserted that colonialism had globally been "positive." Thus, a teacher in one of the elite’s high school of Paris can declare:

"Yes, colonisation has had positive effects. After all, we did give to Algeria modern infrastructures, a system of education, libraries, social centers… There were only 10% Algerian students in 1962? This is not much, of course, but it is not nothing either!"[42]

As we walked back to the hotel, we stopped at the Ferris wheel in the Place de la Concorde. The sun was going down and it was a great way to end the trip. 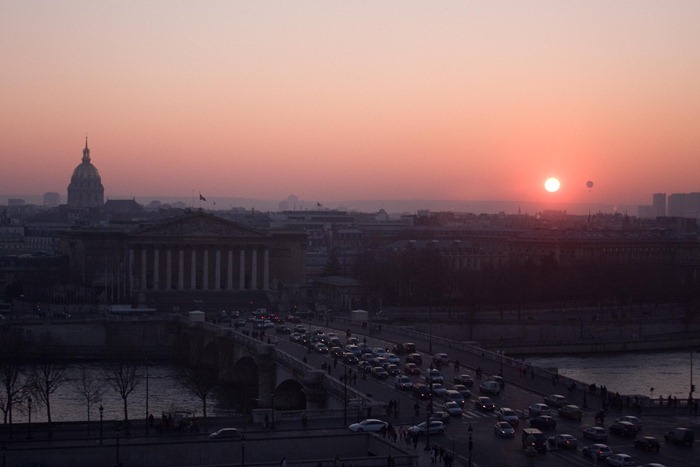 So much still to see. Wonderful city.