After enjoying the Catacombs, we headed toward the Eiffel Tower and the Military Museum. Our first stop was lunch at a little French deli near École Militaire. The food  was fantastic and we did everything that we could to get the French lady who was serving us to smile (she certainly was not going to speak English).

The École Militaire is a vast military training facility near the Eiffel Tower and had I read the map correctly, I would have realized that it was not the Musée de l’Armée that we were looking for. It is very vast and in the biting wind, the troops were getting a bit frustrated that I could not find the entrance. 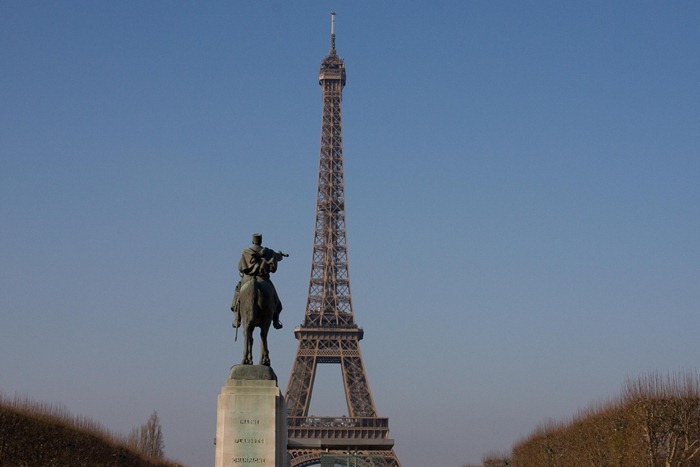 As we circled, we came across this memorial and to the best of my knowledge this refers to the round-ups of Jews and other political targets in Paris:

December 12, 1941:
Arrests in homes. Roundups carried out in Paris, regardless of nationality but aimed particularly at French Jews (dignified Jews) – sent to the camp of Compiegne.

Coming around another corner, I finally realized we were circling around the wrong building (DOH). Guess I should have looked up earlier.

I should have realized that it was the building with the gold roof. 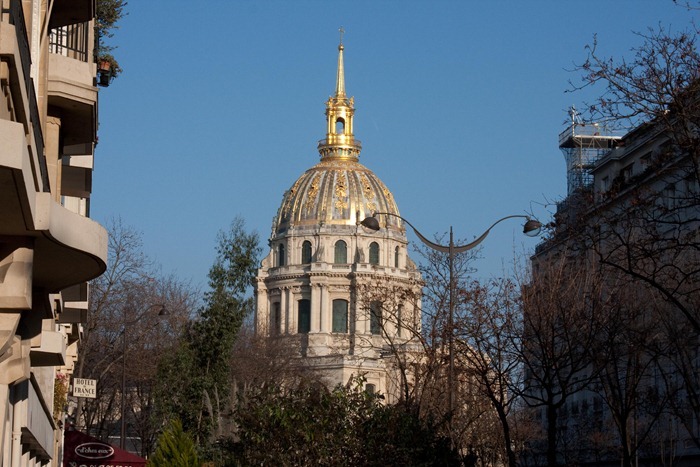 The Musée de l’Armée is a museum at Les Invalides in Paris, France. Originally built as a hospital and home for disabled soldiers by Louis XIV, it now houses the Tomb of Napoleon and the museum of the Army of France. The museum’s collections cover the time period from antiquity until the 20th century.

The start of our tour was the tomb of Napoleon (among others). This is a magnificent building dedicated to one of the world’s greatest generals:

Within Les Invalides is the final resting place of Napoleon Bonaparte.

The former emperor’s body was returned to France from St Helenain 1840 and, after a state funeral, was laid to rest in St Jerome’s Chapel while his tomb was completed in 1861.

There was no expense spared for the tomb and Napoleon Bonaparte’s body lies within six separate coffins. They are made of iron, mahogany, two of lead, ebony, and the outer one is red porphyry.

The tomb sits on a green-granite pedestal surrounded by 12 pillars of victory. 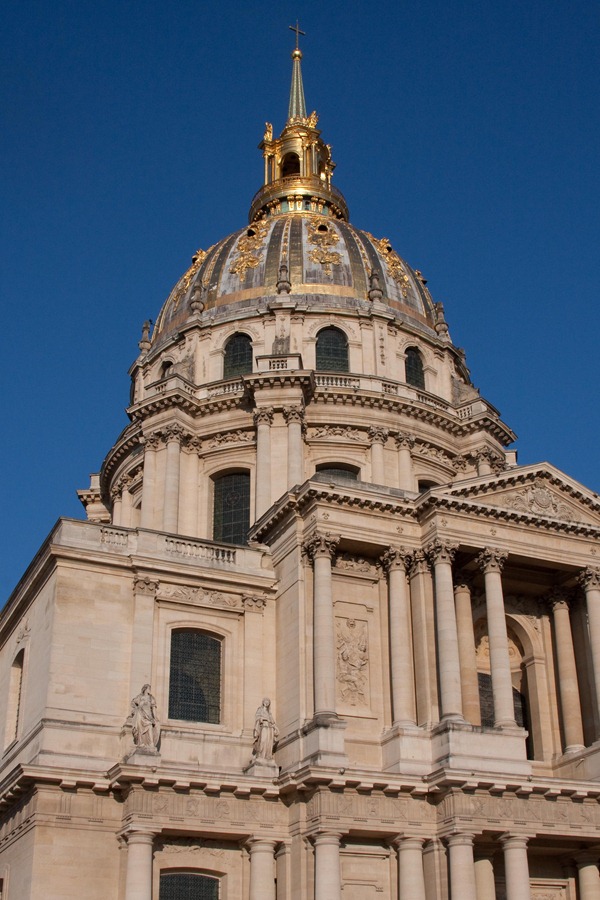 I found this book very interesting, it is Napoleon’s notes about Adam Smith’s The Wealth of Nations, which influenced his thinking. The Scots would be proud.

What is also interesting (and not publicized) is the fact that the tomb also hosted hundreds of President  Mitterrand’s spies who kept tabs on his enemies.

A FORMER French spy chief has revealed how a bunker beneath Napoleon’s tomb was used by hundreds of secret policemen to monitor the conversations of politicians, writers and celebrities.

Pierre Charroy, 69, a retired general, lifted the veil last week on one of the most sensitive secrets of French intelligence when he told a court about the so-called inter-ministerial control group, or GIC, that he ran for 16 years.

He is one of 12 accused in the “Elysée-gate” scandal, a case that has made history by showing the extraordinary lengths to which the late President François Mitterrand went to keep tabs on his enemies.

Abusing the near absolute powers of the French presidency, the Socialist leader set up a cell of security officials in the Elysée Palace to protect secrets such as the existence of his illegitimate daughter and his work as an official in the collaborationist wartime Vichy government.

We then headed into the museum. Put a male in a war museum, you can never go wrong. The museum covers all major wars and France’s colonial days. A few highlights for me ….

It is scary to think that exploitation of Africans was so common place in an era not that long past. These posters are from 1905, The paper on the right was denouncing the exploitation of black Africans (November, 1905). 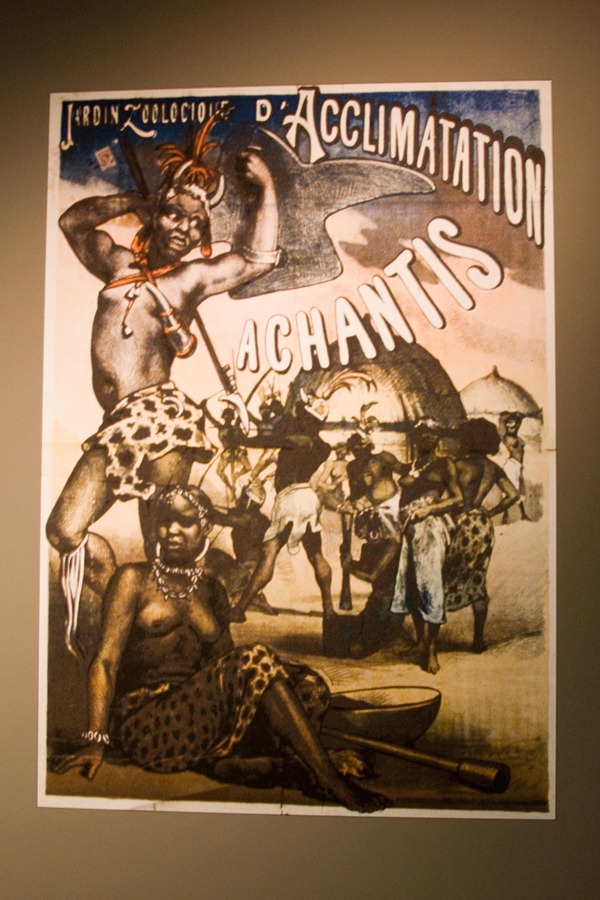 During the Battle of the Marne (WWI), the German’s tried to encircle Paris. At one point, the legend of the Taxis of the Marne was created, where 670 taxis took 6,000 troops to the front as the rail system was too congested. You can read about it here. It should be noted that the fares were paid, at 27% of the metered rate. 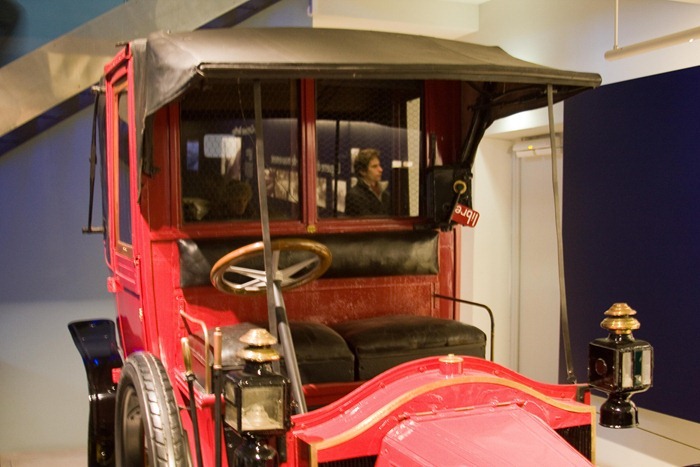 This weapon stopped me in my tracks. In the middle of machine guns and artillery from WWI was a French made cross bow. It was used to hurl grenades and made from wood. Someone must not have seen the memo about the move to Gatling guns and mortars.

The tank changed the cavalry but it was the Gatling gun that changed man’s approach to infantry. This 1939 Gatling gun looked menacing.

The benefits of video games? My boys could name an astonishing number of weapons in that museum including the German Goliath, the tracked mine (thanks to Company of Heroes). It was bigger than I imagined. 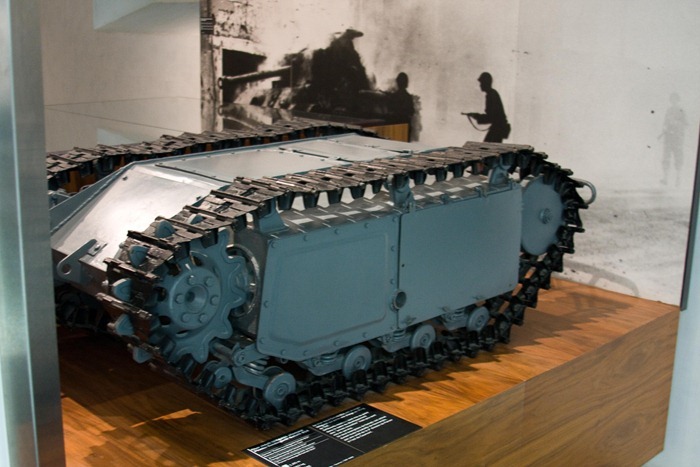 So ended day 2, strolling past a beautiful flower shop on our way back to the hotel.