I have talked with many people about how my transition from Canada to the UK changed my view in many ways. The first change being my definition of old. In Canada I thought that our house was old – a 110 year old Victorian. When I came to the UK that changed dramatically as one of my first experiences in a pub was The Bull in Sonning built in the 1400s.

Over the last few weeks our family went on an 11 day trip to Egypt which changed my definition of old and expanded this simple Canadian’s view of the world dramatically.

The trip had 3 stages, a few days in Cairo (pyramids), a few days in Luxor (temples & tombs) and then 6 days on the beach in Sharm el-Sheikh relaxing. Over the week as I dig through the videos and pictures I will blog on each adventure, but thought to start with my impressions of Egypt:

1. Safety:  It was one of the first things that came up in conversation – is it safe? You have the terrorists who are from the region, the 1997 Luxor massacre of tourists and a lot of poverty which leads to crime as people do what they can to survive.

The first thing you notice when you land in Egypt is the armed presence. The military is not as prevalent as in other counties (most notable in Cuba) but the police are everywhere and heavily armed (the below was a common sight).

Guards at the pyramids (They must have been hot, it was 40C that day).

The end verdict? It is safe, probably one of the safest in the region. But you also need to be smart.

2. The people: The second thing that we noticed was how the people treated us. In all of our travels, the Egyptian people are the most tourist friendly we have ever encountered. In many of the conversations we had, there seemed to be a genuine appreciation of the tourist and the economy that they have created within Egypt. It has taken Egypt a long time to recover their tourist business and it is clear, they are working hard to protect it.

If you read the Luxor massacre story, the most interesting thing is that the Islamic terrorists turned the Egyptian public opinion against them after the event – and it is clear that the Egyptian government has used that opportunity to rebuild the tourism business and create an air of safety.

In conversation and in the newspaper, public opinion against the Islamic terrorists and the negative impact that they have had on the view of Muslims was a hot topic. After all, the Islamic law is that if you have a guest come to you (even if he is your enemy), you must shelter him.

Which brings up another topic – family. Both of our tour guides still lived with their extended family. One lived on the bottom floor of the house with his mother and sister (his dad had passed away). His brother lived with his wife on the second floor and the third floor was where they kept the pig and chickens. The family ties remain very strong in Egypt, I would imagine in part due to economic reasons and in part due to culture (the concept of the village bonding together to help each other).

3. BIG TIP – our tour guide: One brilliant thing that we did on the trip was pre-book all of our tourist events with a local company. Instead of doing the ‘mass tour’ thing where you get on a bus with you and 50 of your closest friends, we booked a private tour guide, driver and private car (usually a minivan). Four days and personalized airport pickup and delivery cost us about £550 for the trip. This made ALL the difference. The tour guide personalized every single outing (when we wanted to start, where we went) and helped us avoid the crowds and do things that others would not have done. For example, when in Luxor the guide said ‘We need to start at 730 am to beat the heat and crowds’. No thanks, we did not come on vacation to get up early. So, we started at 830 am. We did hit a hot time of the day but just took it slower and had more breaks in the shade … which the guide accommodated without issue.

The second biggest benefit was the experience at each site. Unlike the tour groups where the ‘pack’ listened with little interaction because of the unwieldy size, our tours were a dialogue where we asked questions, discussed and gained real insight. Turns out that to be a certified Egyptian tour guide you need to go through 3 years of University training on history, hieroglyphics, etc. They were VERY knowledgeable.

I cannot recommend this route highly enough, we did it through Carrier. Worth every single penny on a tour of a lifetime – it made the trip.

4. Side topic – the police: One last note on the police. In a conversation with our guide, he talked about the police and how the people respect them deeply. However, corruption does happen for one simple reason – income. These guys make nothing. To put it all into perspective, an Egyptian dentist makes $63 per month on average. So the tour guides were constantly tipping the police with one simple point – you can call it corruption but they called it doing the right thing. They provide a valuable service and are not adequately taken care of so the tour guides do what they can.

5. The hot topics in Egypt: Each day I read the Egyptian Gazette. It was a fascinating insight into the culture and what is going on in Egypt. It was also an interesting study in cultural differences. In the western world we are worried about housing prices and the stock market. In Egypt, the big election topic is the wheat and bread shortage. It definitely puts life into perspective – many people in Egypt are still at the survival stage. While I was there, a few interesting articles that caught my attention:

6. Infrastructure: This is a country of polarity. On one hand you have magnificent hotels and areas of strong infrastructure development (business communications capability, office buildings, modern shops) and then down the street you have abject poverty and feel like you are driving through 1820 where the people are riding donkeys, are without sewage and living in dilapidated apartment buildings. In no other place is this more obvious than in Cairo – a city of 27M with a huge gap between the haves and have nots. On our way to the pyramids, we drove through a poor part of town and it really did look like the 1800s. A few pictures below …

An open ditch in the city.

A view of the apartments from the highway.

An alley in the slum.

On the ‘other side’ of the Nile. 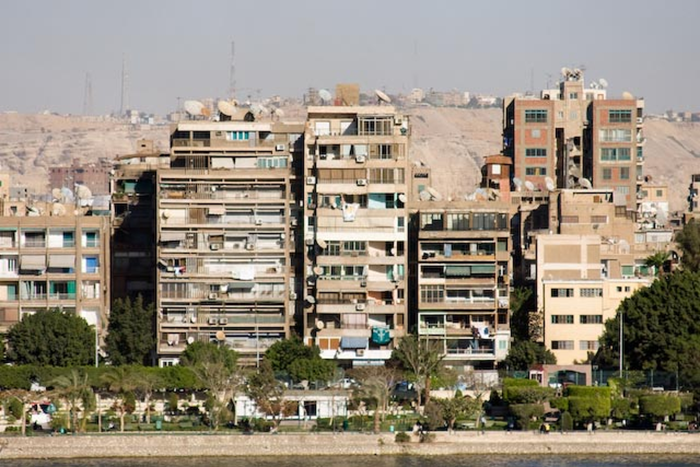 The clash of old and new, the 700 year old Cairo aqueduct through old Cairo bordered by the slum.

The mode of transport for many in a city of 27M. 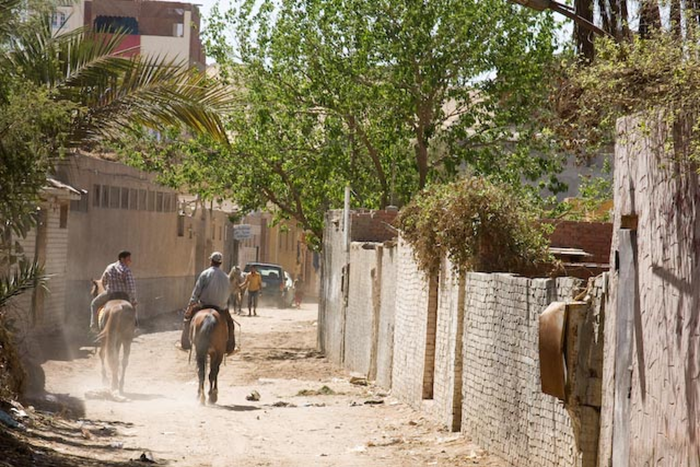 It is a different world, so far away from how we live today in our clean homes, with Internet, lots of food, stores around us and 5 computers. A world away … be thankful. I also ran through a lot of cash in tips – I tipped everyone, frequently. It is the least we can do.